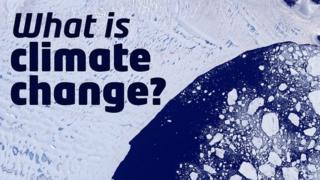 Getty Images
What is climate change?

A lot of people consider climate change the most important crisis that the world is facing today.

But what is it? And why are so many scientists, campaigners and politicians concerned about its effects?

It is a complicated issue - but a very important one.

When we talk about climate change, we are talking about global changes in the Earth's average temperature.

The Earth's average temperature moves up and down naturally, but it has been increasing more rapidly than it usually does.

This change is impacting on the planet's environment - which is everything natural around us; rivers, trees, plants, animals... everything!

What is causing the Earth's temperatures to rise? 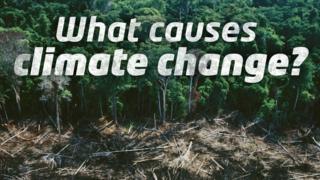 Scientists say many of the changes to the Earth's climate are caused by human activity - this means things that humans are doing.

Some of those things are:

How much are temperatures rising by?

Scientists say the world is about one degree Celsius warmer than it was 300 years ago when the Industrial Revolution started and people began to work in factories.

A very influential 2018 report by an international group of scientists said that if the planet's temperature goes up by more than 1.5 degrees Celsius, it will cause huge problems for the planet. Melting ice in places like the Arctic and Antarctic would lead to a rise in the Earth's sea levels, flooding many coastal areas and islands.

Why is climate change happening now?

One of the reasons why many scientists believe that climate change is caused by humans, is because the planet's environment has changed dramatically since an era of history known as the Industrial Revolution.

The Industrial Revolution was a period in history when humans started creating factories and machines to make lots of products quickly and cheaply.

How could climate change affect us?

All these changes will have a massive effect on people and the world around them.

Many people could be forced to leave their homes, wildlife will be endangered and the amount of land to grow food on will be reduced.

Poorer countries in particular could be more seriously affected, as they do not have the money to deal with rapid changes to their environment.

What are we doing to deal with climate change? 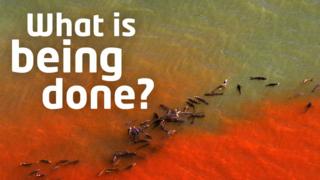 The 2018 report encouraged world leaders to make climate change a priority. It said countries needed to work together to limit the rise in temperature rise to 1.5 degrees and stop changes to the planet that would be a catastrophe for life on Earth.

Many critics say governments are not doing enough to help but there are lots of things that people are already doing to help limit the effects of climate change.

However, climate scientists say that for serious change to happen, everyone on the planet must try to help.

For change to be effective, much of it will be led by governments and industries.

The 2018 report had many recommendations for governments around the world:

They suggested that these could help limit the most serious effects of climate change and stop global temperatures rising above 1.5 degrees.

Let us know what you are doing to prevent climate change.