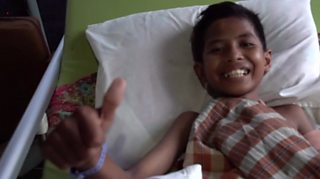 A Manchester City superstar has sent a very special message to one boy recovering after an earthquake in South East Asia.

The quake hit the Indonesian island of Sulawesi on Friday 28 September.

It caused a lot of damage there so aid has been sent to help with the recovery.

One of those injured was 12-year-old Rizky.

He was in an internet cafe in Palu watching highlights from his favourite football team Manchester City when "suddenly the earth started to shake".

Rizky's arm was broken as he tried to run away.

When his favourite Man City player, Riyad Mahrez, heard about what had happened to him, he decided to send him a video message!

Mahrez will also be sending him a signed shirt.

Rizky says he can't wait to get better so he can wear it. 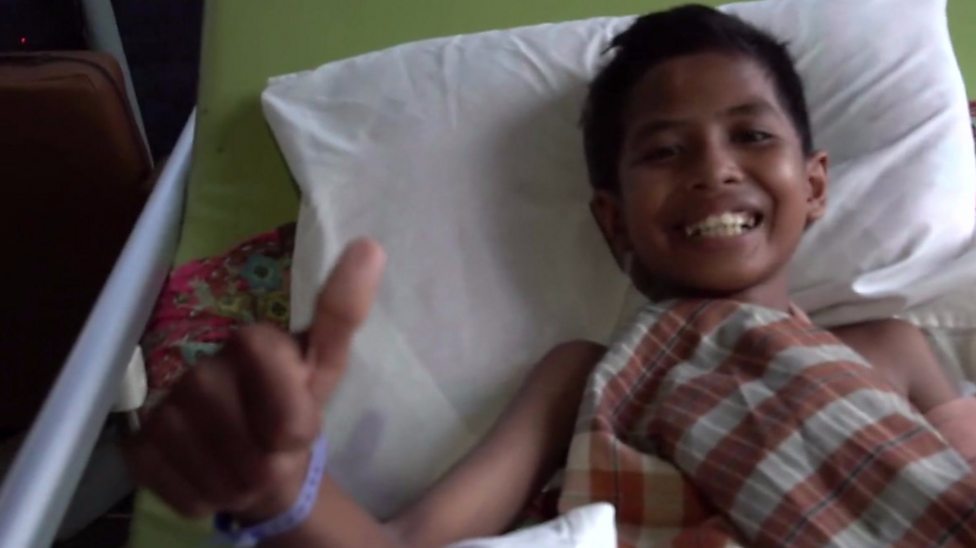