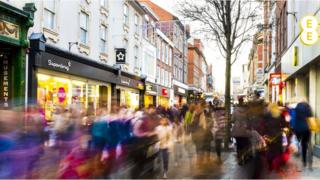 Getty Images
UK politicians say young people's love of fast fashion is contributing to landfill and carbon emissions, with clothing fibres being released into the sea.

Are you always trying to stay up to date with the latest fashion when it comes to the clothes you wear?

If so, you could be damaging the environment without even realising you're doing it.

UK politicians says the fashion industry is a major source of the greenhouse gases that are overheating the planet.

The House of Commons Environmental Audit Committee says there is a basic problem with an industry that relies on persuading people to throw away good clothes because they are "last year's colour".

If we as a country continue buying and throwing away clothes at the rate we are currently "they will account for more than a quarter of our total impact on climate change by 2050".

How are our clothes harming the planet?

There are different factors causing different types of damage.

About 1.2 billion tonnes of carbon emissions are produced by the fashion industry.

Using a washing machine on our clothes takes a lot water - for example 3781 litres are used to wash a pair of jeans over its lifetime.

Around 700,000 fibres are released in a domestic wash, which flow into the sea and then fish eat these synthetic fibres.

The committee says people are buying twice as many items of clothing as they did a decade ago.

British shoppers are buying far more new clothes than any nation in Europe.

As a result discarded clothes are piling up in landfill sites - 235m items of clothing were sent to landfill last year.

What do MPs say? 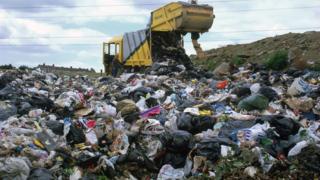 Members of parliament have written to the UK's top fashion bosses asking them to figure out how companies can reduce the environmental harm.

But they also want them to maintain the £28 billion benefit their industry brings to the UK economy.

"Three in five garments end in landfill or incinerators within a year - that's expensive fuel! Half a million tonnes of microfibres a year enter the ocean," says Environmental Audit Committee chairwoman Mary Creagh.

"Doing nothing is not an option."

What changes could be made? 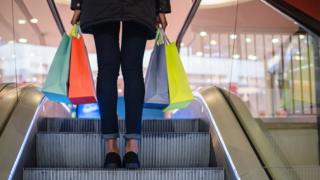 In its report to the government, the Environmental Audit Committee could call for the fashion industry to -

They are currently in the process of asking retailers-

Do you use recycled materials?

How long do you keep clothes, and how do you encourage recycling?

Do you incinerate unsold or returned stock?

How are you reducing the flow of microfibres into the sea?

MPs also have concerns that fast fashion is fuelling quick turnarounds among clothing suppliers, which may lead to poor working conditions.

They are quizzing retailers about this, asking if they pay the living wage and if they can ensure child labour is not used in factories.

How could shops be affected? 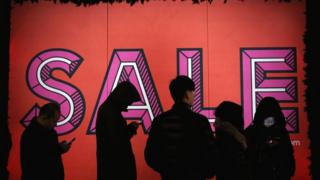 The retailers admit more needs to be done, but say they are already working to reduce the impact of their products.

He says population growth and increased demand have led to an increase in the overall volume and environmental impact of clothing.

But he also argued that clothing manufacturers are now designing products that are made to last, and that they are encouraging customers to return unwanted clothes for reuse.

"We know more needs to be done, but the best answers will be achieved with collaborative global actions."

Is your slime eco-friendly?