Autism: What is it? 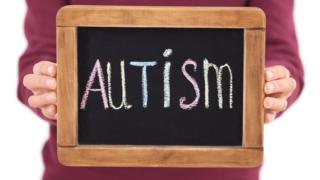 The aim of the day, which is organised by the United Nations, is to raise awareness of autism and highlight what can be done to improve the quality of life for autistic people.

Here's everything you need to know about the condition.

Autism spectrum disorder (ASD) - its medical name - is the name for a range of conditions which affect how a person communicates and interacts with the world around them, as well as their interests and behaviour.

It's not a disease or an illness, but a condition that somebody is born with. People who are born with autism have it all of their lives. Some people prefer to call it 'autism spectrum condition' (ASC) instead of ASD.

You cannot tell that somebody is autistic by looking at them.

It is estimated that about one in every 100 people in the UK is autistic, with more boys than girls diagnosed with the condition - though there are lots of theories about why this may be.

No one knows why people are born with autism, but there's lots of research going on into what causes it.

What is Asperger syndrome?

Following the death of his grandma, Tyler suffered from depression and mental health problems.

But, with the help of counselling, he got better and has now written a book all about his condition, his life and how he overcame his problems.

In 2018, I'm A Celebrity Get Me Out Of Here contestant Anne Hegerty opened up on the show about having Asperger syndrome.

Someone with Asperger syndrome may find it hard to express themselves and how they feel. They may want to make friends and socialise with people just like everybody else, but they might find it very difficult. 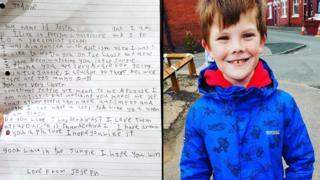 PA
Joseph, 11, wrote a letter to Anne after being inspired by her on I'm A Celebrity. He said he thought she was very brave to go into the jungle

Generally, people with Asperger syndrome don't have as many problems with talking, but they might still find it difficult to understand language, so they could struggle to understand how other people are thinking or feeling.

They may have above average intelligence, as they don't have the learning disabilities that many autistic people might have.

However, they may have specific learning difficulties and could need additional support, just like anybody else who is autistic.

How does autism affect people?

This is why it might take time for someone to be diagnosed, as there isn't one simple list of symptoms and signs to look out for.

Anne revealed that she didn't actually get diagnosed until she was 45, back in 2003.

It can affect the way someone communicates with people, so a person might seem more shut off from those around them because they struggle to interact with them.

Autistic children might choose to play on their own rather than in groups or they might be a lot quieter than everybody else.

It can also have an impact on how a person makes sense of the world around them.

Someone who is autistic might be over-sensitive or under-sensitive to sounds, touch, tastes, smells, light or colours. They might wear special headphones to cancel out sounds so that the noise of the world around them isn't overwhelming.

People who are autistic can be really good at remembering things so they might have a lot of knowledge about one particular subject.

Watch Inside My Head: A Newsround Special

Because autism affects people differently, some people don't need a lot of help, but others might need extra support throughout their life.

For someone who is autistic, everyday life can be confusing and chaotic.

Their brain works differently so just communicating with people can be really hard.

Simple things like talking to other people, and reading people's body language and expressions can be difficult. Some people will be able to speak, while others may not be able to speak at all. They might use sign language to help with this. 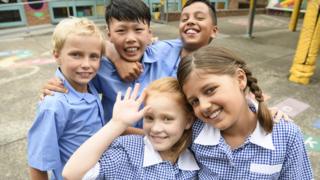 They might also find it hard to use their imagination or be creative, so made-up games in the playground might be quite difficult for someone with autism to take part in.

Many autistic people find comfort in having a routine, so it is quite common to want to repeat things. Doing the same things every day can help - for example, playing the same games or eating meals at the same time - or they may engage in repetitive behaviours like turning light switches on and off, opening and closing doors, or lining up objects.

More of your inspiring stories

Ashleigh: I have kidney disease but still don't get out of school work

Sabrina and Daniel: We saved our Grandma's life

Ted: I had a heart operation then ran a mini triathlon

How can I help somebody who is autistic?

1. Be understanding - While you might find it difficult if somebody who is autistic doesn't want to talk to you or play with you, it's not their fault that they feel that way. They might even be frustrated about it themselves. Be patient and remember, the most important thing is not to take it personally. If you think someone is being rude or unfriendly to you, remember that they don't mean to be. If you're upset about anything, go speak to an adult that you trust about it.

2. Be accepting - The world can be a confusing place for autistic children and adults, and they may behave in a way that you think is a little strange. They might make noises or flap their hands, for example. Be kind and let them behave in a way that they are comfortable with. Don't stare or single somebody out because they are behaving differently. 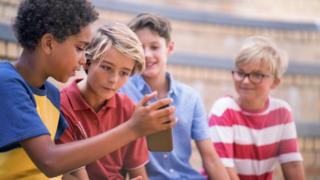 4. Ask - If you are at all unsure about anything, go speak to an adult that you trust. You can speak to them about ways you might be able to help your friend with autism to make sure that they are OK.

If you have any more questions about the condition or want to find out more, speak to an adult that you trust - maybe a parent, teacher or another relative - or you can speak to your local doctor, who will have lots of information and advice if you need.

I'm A Celebrity contestant Anne Hegerty opens up about autism