Dancing On Ice 2019: Which celebrities are in it? 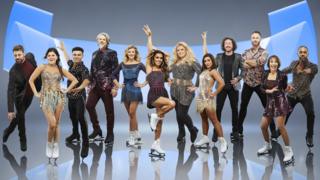 Dancing on Ice 2019 was back on our screens on Sunday.

Judges Jason Gardiner, Jayne Torvill and Christopher Dean have returned to the judging panel, as has Diversity dancer Ashley Banjo. Holly Willoughby and Phillip Schofield are back as hosts.

Twelve new celebrities are strutting their stuff on the ice and try to skate their way to victory. Hopefully they won't fall over too much in the process!

Which skating star is your favourite? Let us know in the comments below.

Is Ant preparing to return to TV screens?

The Greatest Dancer: Everything you need to know

Who's in Dancing on Ice this year? 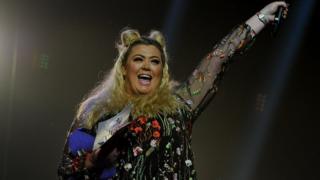 Reality TV star Gemma Collins told ITV's This Morning she was "scared" and "nervous" about "how they are going to lift me up".

She added that she was also concerned about "how fast I can move around that ice, but I really want to give it a go." 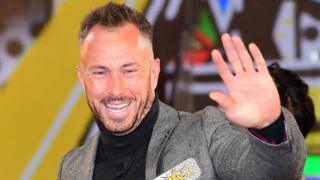 James told BBC Radio 5 Live: "I can dance but I'm a lot older than I used to be. People are going to probably say I've got an unfair advantage but when I got on the ice I actually shocked myself how bad I was."

He added: "I want to be able to impress Torvill and Dean more than anyone else, but I'm a lot worse than I thought I'd be." 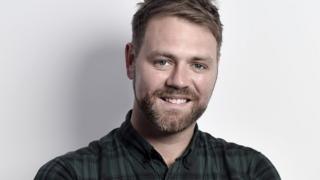 The singer and TV presenter was a member of boyband Westlife but left the band in 2004.

He was also a judge on Australia's Got Talent and in 2016, he took part in the third series of The Jump on Channel 4.

He was the fourth celebrity to be eliminated from the show. 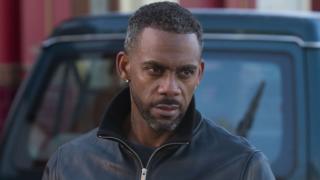 Blackwood is best known for his recent role in EastEnders as Vincent Hubbard - he joined the BBC soap in 2015 and left earlier this year.

He confessed to ITV's This Morning that he had experience of skating and dancing as a teenager but said: "I can skate but I normally dance on dry land so dancing and skating [together] are two different things." 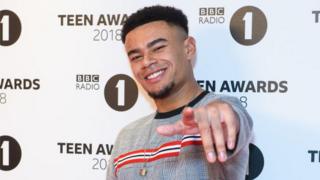 Star of last summer's reality TV hit Love Island, Wes Nelson, dazzled viewers with his salsa skills in the villa, but will he be able to strut his stuff on the ice? 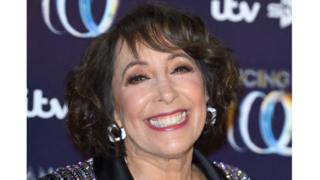 Edith Conn, professionally known as Didi Conn, is a film, stage and television actress from America, best known for her role as Frenchie in the musical Grease. She is the oldest person in the competition. 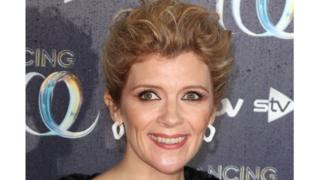 Danson is best known for her role in Coronation Street. She spoke to The Sun about why she's decided to don a pair of skates and take to the ice; "Life should be about challenging yourself and opening your mind up to doing different things." 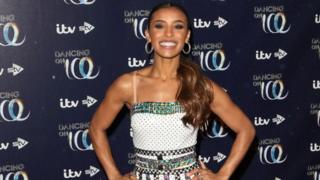 Melody Thornton is an American singer, dancer and TV personality and made up a fifth of the pop group The Pussycat Dolls, led by Nicole Scherzinger.

She is no stranger to throwing some impressive dance moves but will she be able to translate them onto the ice? 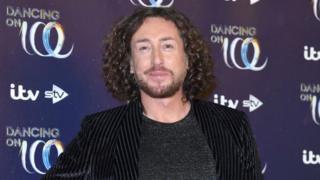 The former England international cricketer, Ryan Sidebottom, will be paired with Brandee Malto as he attempts to become show champion. 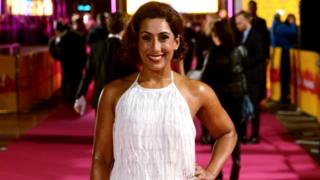 Khan is best known for being a regular panellist on ITV's Loose Women. She shot to fame in 2005 when she became runner-up on the very first series of The Apprentice. 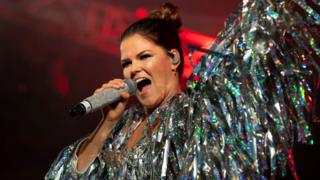 Saara Aalto is no stranger to a competition. The singer shot to stardom when she finished as runner-up in The X Factor UK in 2016. Since then, she's gone on to represent Finland at Eurovision. 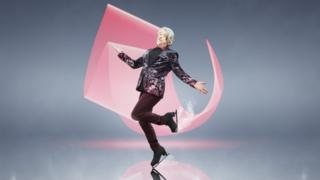 Mark Little is an Australian actor, television presenter and comedian. The 59-year-old is best known for playing Joe Mangel in the Australia soap opera.

He told The Express; "My skating is pretty rickety. I'll be trying to find the elegance, the strength, the smoothness. I'm a bit of a danger man, a bit of a risk taker, and I do like dancing so let's see what happens."

Dancing on Ice: Commentator QUITS after just one episode