Umm, like literally, these are the most annoying filler words, you know? 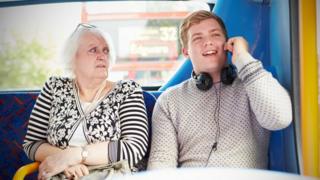 Getty Images
Researchers have been looking into the UK's most irritating 'filler' words - words that are considered 'pointless' in a conversation. How many are you guilty of?

"Like, this is literally the most... err... interesting story actually, you know?"

You might have spotted words in that sentence that sound familiar?

Words like "OK", "innit", "literally" and sounds like "umm" and "err" have been identified by a group of researchers as some of the most annoying words in a conversation.

These have been labelled 'filler' words and apparently 60% of Britons admit to using them!

Mortar Research identified a list of the UK's most used filler words - which ones are you guilty of?

Let us know in our poll below!

The researchers conducted the study on behalf of a speech app called gweek - they used an online survey of 2,000 people in the UK.

The survey asked people to comment on two speeches about Brexit. 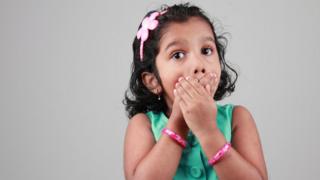 Getty Images
Ooh, err - which filler words are you guilty of? Let us know in the poll!

However, some communicators actually believe that filler words can make you seem more personable and friendly!

Interview coach, Barry Drexler, says that filler words can help if you want a chance to pause and think about what you want to say.

So maybe they're not so bad after all?

Let us know what you think in the comments!