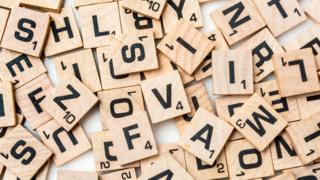 Scrabble lovers will be interested to know that 300 news words have been added to the Scrabble dictionary.

It's been four years since the Official Scrabble Players' Dictionary - which started in 1976 - was last updated. It now officially has more than 100,000 words in it.

However, these changes will only apply in the US - and not in the UK - for the moment.

More about board games

The board game with real money

Scrabble cheat caught out in US

Natalie Zolty from the Association of British Scrabble Players told BBC News that the British dictionary - Collins' Official Scrabble Words - will be updated in time for release next year.

So what's new on the line-up?!

Well, the list includes some words that players have wanted to see added to the game for a while.

To begin with, ew and OK are now officially acceptable. They won't score you enormous points, but two-letter words are always useful for trying to clear your tiles!

"OK is something Scrabble players have been waiting for, for a long time," said dictionary editor Peter Sokolowski. "Basically two- and three-letter words are the lifeblood of the game."

Yowza has also made the cut as a word to show excitement or enthusiasm, which is another more modern addition. 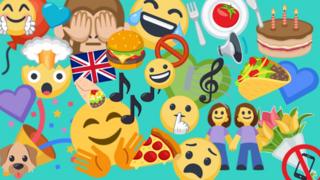 Getty Images
The word 'emoji' has made it onto the list

Other words that you will want to add to your Scrabble knowledge include qapik, which is unit of currency in Azerbaijan. This is now one of only 20 words that you can play using a 'q' without needing a 'u' too.

"Every time there's a word with q and no u, it's a big deal!" Peter explained.

Other new words you can now play as part of the game include:

Which words would you like to see added to the Scrabble dictionary, which aren't in there now? Let us know below!