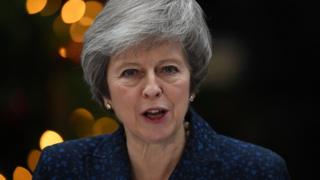 Members of Parliament (MPs) have started to debate Theresa May's Brexit deal ahead of an important vote next week.

On Tuesday night, senior members of the Conservative Party showed they are not prepared to support a no-deal Brexit as they defeated the government in Parliament.

MPs backed a change (by 303 to 296 votes) to the Finance Bill, which would restrict the opportunity for tax changes following a no deal, unless it was supported by MPs.

Then, on Wednesday, MPs passed an amendment which will force the prime minister to return to parliament with a fresh plan within three days if her deal is rejected in the vote next week.

It also enables MPs to put forward their own alternative proposals, such as another referendum.

Mrs May wants Parliament to approve the deal she has created for the UK to leave the European Union (EU).

It may sound like we've been here before. That's because... we have. The vote was originally due to take place before Christmas, but it didn't happen after Mrs May admitted she was likely to lose.

MPs will be voting either to give their support to or reject two things which make up Mrs May's deal:

To cancel the original vote was a big step and embarrassing for the government. It prompted many MPs in her own party to send in letters challenging her leadership.

That led to a difficult seven days for Mrs May with members of her own party saying she shouldn't carry on as prime minister.

Why did so many people disagree with Mrs May's plan in December?

The problem for Mrs May - both back in December and even now - is that there are loads of different views on the type of Brexit that people and politicians want for the UK.

She believes that the plan she's worked out is the best compromise for everyone, but lots of people are unhappy with different parts of it.

Some think it ties us too closely to the EU, but others think it will cause problems for the country to split too far from EU standards.

What different with the Brexit vote this time?

Theresa May has said that, since the original vote (which was cancelled), the EU had agreed to some "changes" and she was continuing to talk to European leaders as she tried to give MPs the "confidence" to support the deal.

She promised a greater role for Parliament in negotiations on working out the next stage of future UK-EU relations and said she would be able to reassure people about their concerns over the Irish border backstop, which has proved an important issue regarding the vote.

Theresa May has said: "I believe with every fibre of my being that the course I have set out is the right one for our country and all our people."

She has also said that she knows that the deal isn't perfect, though. "I never said this deal was perfect, it was never going to be. That is the nature of a negotiation," she said.

"We should not let the search for a perfect Brexit prevent a good Brexit." 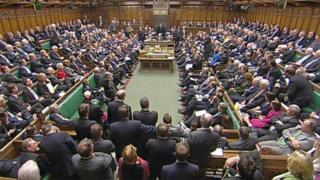 We don't know what is going to happen at the vote next week or indeed with any possible changes to the current deal.

But one thing we do know is that if MPs do vote against the Brexit deal, Mrs May and her government will be in a very tricky position.

Brexit: What happens if Theresa May's deal is rejected?

Brexit: What happens if Theresa May's deal is approved?