Hole in International Space Station made by a drill 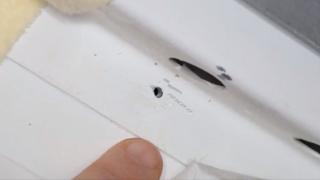 @NASASpaceflight / Twitter
The hole that was discovered last week was thought to have been created by small rocks hitting the space station, but evidence suggests it has actually been created by a drill.

A small hole, discovered in the Soyuz capsule on the International Space Station last week, is thought to have been made by a drill.

At first it was thought that the hole had been created by a small rock from space, called a meteoroid, but evidence now suggests it was done from inside the space station instead of outside.

Drill marks were found scratched inside the capsule near the 2 millimetre hole, which has now been patched up with tape.

Small holes like this one can be an issue for the astronauts as they let out oxygen and change the air pressure inside the station.

More about the ISS

Space prank on the ISS

"It is too early to say definitely what happened" 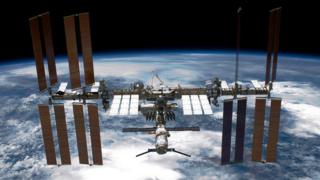 The discovery that the hole might in fact be human error rather than from space rock has caused some concern.

The Russian space agency, Roscosmos, is investigating the issue to find out if it was created by accident on Earth or if the hole was created on purpose.

One theory is that one of the ISS's astronauts might have drilled the hole.

However, this may be unlikely because drilling is very difficult to do in microgravity environments.

"We are considering all the theories," said head of Roscosmos, Dmitry Rogozin to Russian news agency TASS.

"However, it is too early to say definitely what happened." 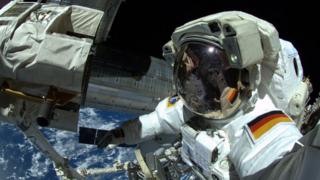 The hole has now been fixed and the astronauts are safe on the International Space Station.

Now, Roscosmos will investigate who created the hole and how it happened.

Nasa have not commented on the situation yet since Roscosmos revealed that it was human error.

The Soyuz capsule is used to carry astronauts to and from the ISS.

However, the hole was found in a section of the capsule that is discarded when in orbit, so should not cause any danger to any astronauts travelling within it.