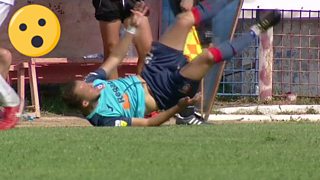 Footie manager sent off for fouling a player

Sometimes it must be pretty tough for football managers to stay on the sidelines whilst their team plays.

It all got a bit too much for one head coach during a game in Romania.

In the 81st minute of the game the Arges Pitesti manager Emil Sandoi got stuck in.

He put his leg out tripping up a player from the other team as he was running with the ball down the wing.

Sandoi was given a red card and sent off for the rest of the game.

We bet it was awkward in the changing room after that! 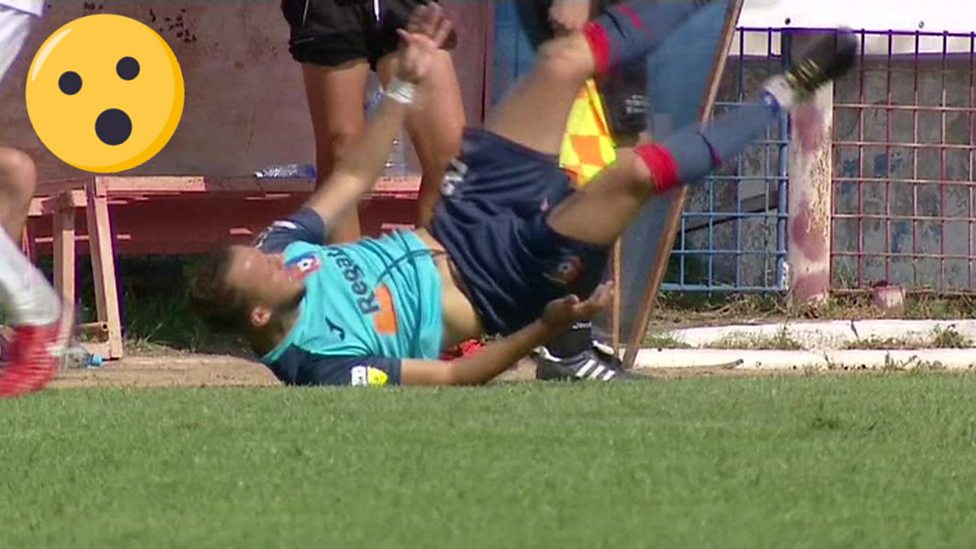 Footie manager sent off for fouling a player