Veganism: What is a vegan and what do vegans eat? 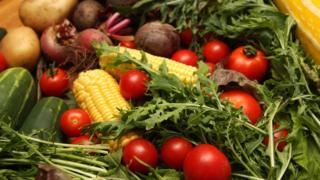 A vegan diet usually includes a lot of vegetables

It's the start of a new year which means a very important event has come around - Veganuary!

It's a time when lots of people challenge themselves to try to eat a plant-based diet throughout the month of January.

Veganuary was created in 2014 by a couple in America to encourage people to try out veganism, learn more about the lifestyle and movement.

But what exactly is a vegan?

Could THIS trick make you like your vegetables more?

Check out these vegan recipes from BBC Food

A vegan is someone who doesn't eat or use animal products.

Unlike a vegetarian diet - where people don't eat meat or fish - a vegan diet avoids all animal products like dairy, eggs and even honey, as well as meat and fish.

Some people prefer to call this way of eating 'a plant-based diet'.

Many believe the number of people who call themselves vegans could now be in the millions.

Why has veganism become more popular? 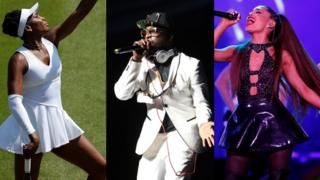 Reuters/PA/Getty
Venus Williams, will.i.am and Ariana Grande have all spoken about being vegans

Many celebrities, including Ariana Grande, The Voice UK coach will.i.am and tennis ace Venus Williams are vegans and talk publicly about it.

There's also been a big rise in vegan cafes and restaurants, and vegan options being added to menus, meaning there's much more choice.

Greggs introduced the vegan sausage roll in 2019 and in June that year, fast-food chain KFC introduced their first vegan burger in the UK - made up of a vegan Quorn fillet coated in the Colonel's secret recipe, lettuce and vegan mayo.

The animal rights group Peta called the burger "game-changing" and said that "we're confident it will be a huge hit with the skyrocketing numbers of vegans, vegetarians, and flexitarians around the UK".

Another fast-food restaurant, McDonald's, has also got in on the action. It recently trialled the McPlant burger in Canada and it's expected to be made more widely available in the near future. 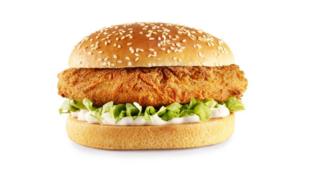 The 2018 series of The Great British Bake Off introduced a 'vegan week' to add to the regular challenges such as 'bread week'.

Bake Off judge Paul Hollywood told the BBC: "Veganism seems to be growing and we wanted to represent that."

What are the main reasons people go vegan?

There are many reasons people decide to go vegan. They include:

Some people become vegan because they love animals and they think harming any animal is cruel.

For vegans, it's not just about animals which are killed for food, but also concerns about the way that cows and chickens used for dairy and eggs are treated, especially in big factory farms. 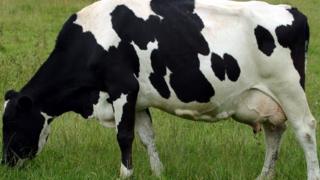 The United Nations says that farmed livestock accounts for 14.5% of all manmade greenhouse gas emissions.

Just one cow gives off enough harmful methane gas in a single day to fill around 400 litre bottles, which is really bad for the environment.

Another argument used for veganism is that meat and dairy production uses too much land. 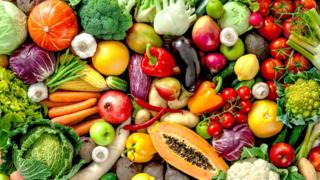 Some vegans say they stopped eating meat for health reasons, but some people worry about getting the right vitamins and minerals from a vegan diet.

The British Dietetic Association, which represents experts in nutrition, says that a "balanced vegan diet can be enjoyed by children and adults".

However, it also says it is important to plan meals to make sure that it includes enough nutrients.

Are you and your family having a go at Veganuary this year? Or do you think a vegan diet isn't the option for you? Let us know in the comments!

Vote: Would you give a vegan burger a go?