These special mosquitoes are stopping disease instead of spreading it 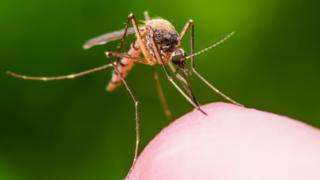 A mosquito is not the kind of visitor you normally want buzzing around.

Aside from leaving itchy bites on your skin, in some countries they also spread diseases like malaria, the zika virus and the dengue virus.

But researchers in Australia say they have managed to stop mosquitoes from being able to spread the virus which leads to dengue fever.

Not only that, but they even say they've completely wiped the disease out in one town.

It's all thanks to a specially bred group of mosquitoes and a bacteria called Wolbachia.

What is a mosquito?

What is dengue fever?

When a mosquito bites an infected human or animal they can pick up a virus or bacteria.

It doesn't affect the mosquito, but when they bite someone else they can pass the bacteria or infection on to them.

So how do you stop the disease spreading? By stopping the mosquito from being able to carry it!

Researchers have specially bred mosquitoes that carry the bacteria Wolbachia. The bacteria occurs naturally in up to 60% of insects and it prevents the transmission of dengue fever. 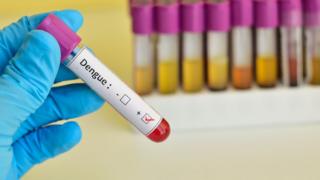 Four years ago in Townsville, a city in northern Australia, the Wolbachia-carrying mosquitoes were released.

The disease used to be a problem in the city, but now there aren't any cases at all.

Australian researchers say for the first time an entire city has been protected from dengue. 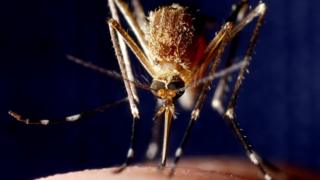 Scott O'Neill is director of the World Mosquito Program at the university and led the project.

"After a long slog in my career in doing this, I think this is a piece of work I'm really quite proud of because it really shows we'll be able to take this all the way, I think.

The team are working to reduce the cost to around 75p per person, and aim to release the Wolbachia mosquitoes in larger and poorer parts around the world in the future.

The mosquitoes have already been introduced into the favelas of Rio de Janeiro in Brazil to try and stop the Zika virus. After that, the next big test will be in Yogyakarta in Indonesia. 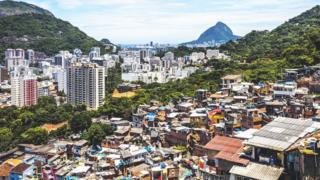 So maybe don't swat these mosquitoes if you come across them on holiday - they might be life savers!

Although unfortunately you won't be able to tell by looking at them whether their mosquitoes...or masked(hero)-squitoes!

Guide: What is the Zika virus?