Mars: Have scientists just found water on the red planet? 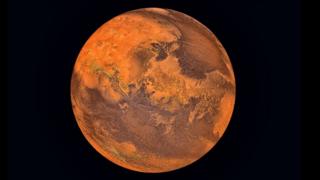 Brace yourselves for some serious big science news - researchers have found evidence that there could be liquid water on Mars.

Over the years, the climate on Mars has got colder, leaving most of its water in an ice state - but the discovery of water in liquid form is very exciting indeed because this is essential for life to exist.

It is believed that there is a lake about 1.5km underneath the planet's south polar ice cap, which is about 20km wide.

The discovery was made using Marsis, which is a radar instrument on board the Mars Express orbiter.

The Mars mission going where no mission has gone before

It wasn't able to work out how deep the lake might be, but scientists don't think it's more than one metre.

It's not the first time that researchers have got excited about water on Mars. Previous studies found possible signs that water could have flowed there at one particular time. For example, Nasa's Curiosity rover has explored lake beds which show there used to be water on the surface of Mars in the past.

But this is the first sign of a permanent body of liquid water currently on Mars, which is a really big deal.

Dr Manish Patel from the Open University told BBC News: "We are not closer to actually detecting life, but what this finding does is give us the location of where to look on Mars. It is like a treasure map - except in this case, there will be lots of 'X's marking the spots."

Not only that, but in order for the water to remain as a liquid underneath the ice cap, it must be pretty cold, so scientists think it is likely to have a lot of salt dissolved in it, which would stop it from freezing.

This would make the water "pretty challenging for life" explained Dr Claire Cousins, an expert from the University of St Andrews. 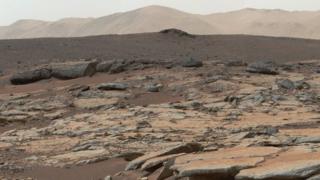 So, what now? Well, scientists need to get down to the lake! And this is no easy task.

Prof Orosei from the Italian National Institute for Astrophysics explains: "It will require flying a robot [to Mars] which is capable of drilling through 1.5km of ice. This will certainly require some technological developments that at the moment are not available."

We best get building that robot then, eh?!

Mars close approach: Get a look at the red planet

New Barbie line will include a doll with hearing aids