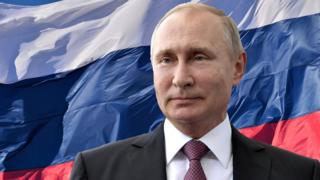 It has been 20 years since Vladimir Putin came into power.

Russia's current leader was first appointed acting prime minister by former Russian president Boris Yeltsin in 1999. He then became the country's president himself in December that year.

President Putin has led Russia for a long time, but he's quite a controversial figure and opinions about him are very divided - both in Russia and around the world.

Some see him as a strong, charismatic leader who has worked hard to earn Russia a place alongside some of the most powerful countries in the world. Opinion polls in Russia repeatedly say how popular he is among his people.

But his opponents think he leads by force, that he has taken away many people's freedom, and disagree with how he runs Russia and deals with world affairs.

So who is this leader? And why do so many people have such different opinions about him?

Why is everyone talking about Russia and spies?

Who is Vladimir Putin? 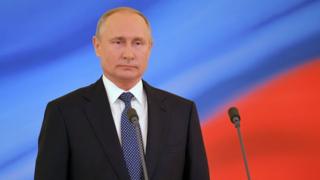 Vladimir Putin grew up in an area which is now St Petersburg. He didn't come from a rich background and it was quite tough where he spent his childhood.

It is reported that he used to get into fights when he was younger with boys who were bigger and stronger than him, which drove him to take up judo and earn his black belt.

According to the Russian government, even before he finished high school, he wanted to work in intelligence and he went on to become a spy.

His political career began when he and his family moved to Moscow in 1996, and he quickly became an important political figure. 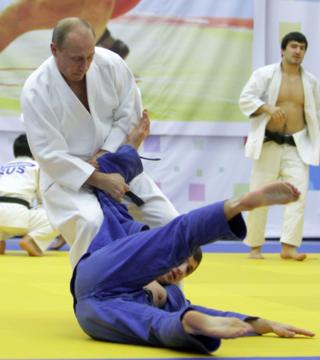 Now president of Russia, one of Vladimir Putin's main ambitions for Russia is to establish it as a strong world power which other countries around the world look up to.

Putin presents himself as a strong leader who helped Russia out of economic, social and political problems during the 1990s - demonstrated through his public shows of strength and charisma.

In March 2018, he won the Russian election making him president for another six years.

He got more than three-quarters of the vote and his campaign team said it was an "incredible victory".

But not everybody was happy with the result.

Some think the election was unfair and there were claims that some of the votes for Putin weren't real. One of the main people opposed to him in the election, Alexei Navalny, wasn't allowed to take part.

Russia's relationships with other countries

Some important countries have a difficult relationship with Russia and its leader Putin.

The US has been one of those countries. One of the main issues between the two world powers was whether or not Russia interfered in the US election to help Donald Trump win. A big investigation took place to look into this and the the Mueller report, published earlier this year, concluded that the US hadn't worked with Russia to help Trump win.

The US and Russia have also disagreed about how major world issues should be dealt with.

President Trump has had a closer relationship with Putin than US presidents before him. Many see this as a positive thing for relations between the two countries.

However, others say Trump is like Putin's puppet. They don't think he deals with Putin appropriately for a US president, but more like he is a fan. Some Trump supporters have disagreed with comments he made about Russia's alleged interference in the US election.

Mr Trump's team have previously said that "a productive dialogue" with Russia is "good for the world". The two presidents recently met at the G20 summit in Japan for the first time since the release of the Mueller report.

While some people see the relationship between Russia and the US as a step in the right direction for improving the situation between the two countries, others have criticised it. 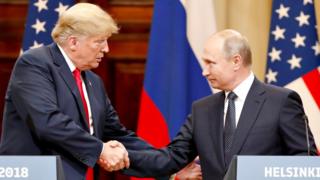 Relations with the UK have also been tricky. In 2006, an anti-Putin campaigner and former spy called Alexander Litvinenko was poisoned in London but Russia refused to send a suspect to the UK to face trial over what happened.

Last year, another man who used to be a spy called Sergei Skripal and his daughter Yulia were poisoned in Salisbury. Scientists have said that the chemical used for the poisoning was made for the Russian military.

The UK blames Russia for the incident, but Russia has denied that it was responsible.

One such issue which has caused division between President Putin and other world powers (like the UK) is Russia's relationship with the country of Ukraine.

Ukraine used to part of a group of states called the Soviet Union, which were ruled from Moscow in Russia. Since this group broke up in 1991 and Ukraine became a country in its own right, there has been a kind of tug of war over how it should be governed - particularly over an area called Crimea in the south of the country.

Russia seized control of the area from Ukraine in February 2014 and there has been lots of fighting over this. Many countries around the world do not support how Putin has dealt with this situation.

Even though Putin may have difficult relationships with some countries around the world, there are also divided opinions about him within Russia itself.

Why is Putin controversial?

Opinions about President Putin are very divided - both within Russia and around the world.

His behaviour often gets people talking. He likes to make a big effort to give off a tough, action man image and likes the cameras to be around when he is putting on a show of strength, whether that is doing judo, fishing or hunting, for example.

One issue that has proved particularly controversial is Putin's treatment of gay people.

His government passed a law in 2013 banning the promotion of homosexuality to people under the age of 18. Putin says the anti-gay law "does not harm anyone" and Russia's justice department says it is designed to "protect the morals and health of children". But the European Court of Human Rights has ruled that it is discriminatory and encourages homophobia.

Despite having been in power for a long time, opinion polls reported by Russian media suggest he is still hugely popular.

During his first two terms as president (up to 2008), living standards for many Russian people improved.

The country felt more stable and many feel Putin established a real sense of national pride. 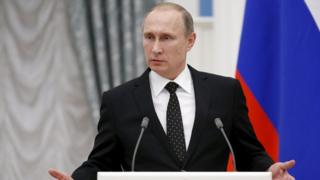 Reuters
Lots of people believe that Putin is a strong leader

Lots of people believe that his strong image, charisma and firm approach make him a great leader who commands respect.

They feel he has worked to earn Russia a place as one of the most powerful countries in the world.

Many feel that even though life might have improved for many people in the earlier years of Putin's presidency, this came at a cost. They say that people have lost a lot of their freedom.

Lots of those opposed to Putin do not agree with the amount of power and control that he has over the country - particularly over what the country's media is allowed to say on TV and in newspapers.

They say that media coverage favours the president and that those who do not agree with Putin are not given a voice. Many people have been jailed for speaking out against Putin or forced to leave the country.

Lots of his opponents strongly disagree with his position towards gay people, saying Putin and his government are homophobic and discriminate against gay people, treating them unfairly simply because of their sexual orientation. Homosexuality was decriminalised in Russia in 1993, but anti-gay feelings and behaviour still exist in the country on a wide scale and it is said to be a difficult place to be openly gay.

They accuse him of making the country less democratic and giving too much control and power to small groups of wealthy people.

There are also those who say he does not run the country in an honest way and some even go as far as to say he is a dictator, doing what he wants by force, regardless of what other people think. 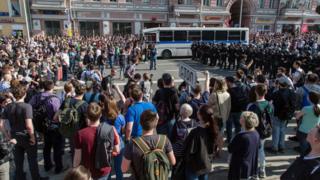 Getty Images
In this photo, we can see Russian police forces facing protesters during an anti-Putin demonstration in Moscow ahead of Putin's inauguration into his fourth term as president in May 2018

Tense relationships with other countries have also played a part in Russia's economy suffering and there are people who blame Putin for this.

Many feel that even when he was prime minister in between his second and third terms as president, Putin still had the real power. Some people say he has been in power for too long and it is time for someone else to be in charge.

What do you think of Vladimir Putin? How do you think that the UK and other countries should behave towards Russia? Let us know below.

Is Russia behind some 'fake news'?