Five things you missed during the World Cup 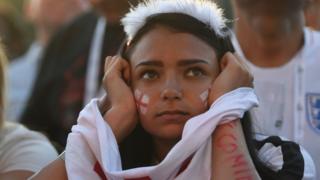 The sun was shining and the football was on - ALL THE TIME.

So you can be forgiven for missing out on some of the news stories over the last few weeks.

But don't worry - Newsround's here to help you catch up...

Fatberg could be here to stay! 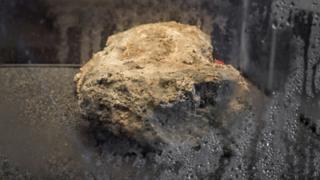 The fatberg, which has begun to "sweat" and grow mould, could be preserved in the museum's collection

A piece of a fatberg put on show at the Museum of London has proved so popular with visitors that it could become a permanent feature.

The 'monster' fatberg was discovered in the sewers under Whitechapel in east London last year and became an overnight celebrity.

It weighed in at 130 tonnes and was made up of fat, nappies, oil and wet wipes - yuck!

A section of the fatberg went on display at the museum earlier in the year - it was taken down from display in June, but the museum is now considering whether to keep it as a permanent exhibit.

They'll make their decision at the end of July. 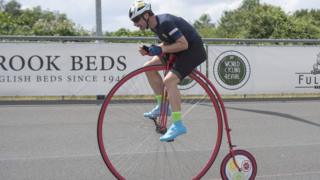 Victoria Jones/ PA
He might look silly, but Mark Beaumont smashed the British record for riding a penny farthing

A what? It's a penny farthing of course - a type of old bicycle with a giant front wheel and a tiny back one.

Not content with smashing the record for cycling round the world, Scottish cyclist Mark Beaumont rode 21.92 miles (35.3km) in an hour on the vintage-style bike.

Meghan and the Queen = BFFs 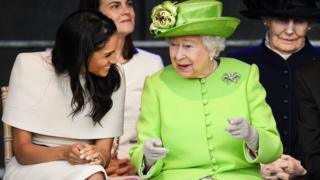 While all eyes might have been on the christening of Prince Louis last week, another new member of the Royal family has been settling in nicely.

The Duchess of Sussex (Meghan Markle) went on her first solo trip with the Queen to Cheshire - and they seemed to get on very well well indeed!

They even had a sleepover together, in a special overnight train up from London. 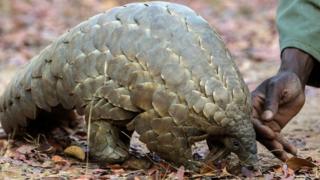 Getty Images
Pangolins are one of the world's most endangered animals

They might look a bit ugly - but pangolins are one of the most endangered animals on the planet, and need protecting!

The scaly mammal is the most illegally sold animal in the world - because it's eaten as a delicacy, and it's scales are also used in Chinese traditional medicines.

So British scientists came up with a ground-breaking technique to help stop them being poached and sold illegally.

A team at Portsmouth University can take finger prints off their scales, which could help identify the criminals behind the illegal trade.

The return of Boaty McBoatface (and the RRS Sir David Attenborough) 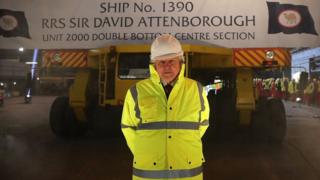 Boaty McBoatface, the research submarine (sort of) named by the public last year, has launched.

Well, that's not strictly true. The RRS Sir David Attenborough, the big research ship where Boaty lives, was launched by its namesake, Sir David himself. into the River Mersey.

The boat is a polar research ship, and became well known after the public voted to name it 'Boaty McBoatface'.

In the end, it was decided that naming the ship Sir David Attenborough would be a better option, in recognition of his work explaining the natural world.

The ship will carry a submarine called 'Boaty McBoatface' instead.

What should you do after the World Cup?