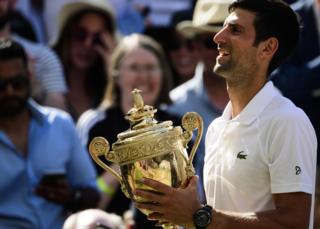 Novak Djokovic has won his fourth Wimbledon championship after beating Kevin Anderson in the men's singles.

He said: "I had many moments of doubt, I didn't know if could come back to this level to compete".

Why are strawberries such a big hit at Wimbledon? 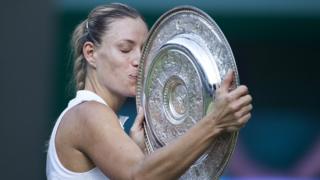 The German 11th seed, beat the 23-time Grand Slam champion to add to her 2016 Australian Open and US Open crowns.

Kerber is the first German woman to win the title since Steffi Graf in 1996.

Wimbledon: What does it take to be a ball boy or girl?

Wimbledon 2018: Johanna Konta's advice to smash it at tennis

Wimbledon: Why are strawberries so popular there?