Children as young as 11 have problems with gambling, while almost half a million kids have admitted to betting regularly say the Gambling Commission.

The Commission, who produced the research, say children who have problems with gambling, between the age of 11 and 16, has risen to more than 50,000 in two years.

They also revealed more children had placed a bet than had been involved in other activities that are illegal for kids, such as drinking.

You may have seen adverts for betting on television, especially during football or other sports, and the research shows that two-thirds of children are seeing lots of gambling ads on TV.

Is there a link between gambling and gaming?

There are laws which make it illegal for young people to take part in most gambling activities, but there are also types of gambling that everybody is allowed to do. 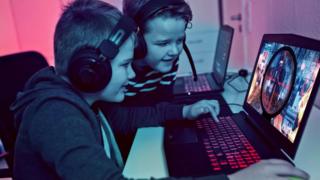 Getty Images
With children spending lots of time online, there are lots of new ways that they could be introduced to gambling or gambling-like activities

We know that many of you love gaming - But the Gambling Commission say that gaming can be a route into betting, with close to a million young people exposed to gambling through "loot boxes" in video games or on smartphone apps.

So what actually is gambling? What are the issues? And is it true that when you're gaming, you could be gambling without realising?

How bad is bullying in online game streaming?

Have you ever put some money in an arcade game in the hope of winning something? Maybe you've taken part in a raffle or a tombola or even played on a fruit machine in an arcade when you've been out with your friends or family.

You might not realise it, but these are actually forms of gambling.

Gambling is when you risk money (or something of value) in a game or a bet in the hope of winning money or a prize.

There are lots of different types of gambling. For example, arcade games, sports bets, scratch cards, lotteries, roulette machines and some free-to-play games online are all forms of gambling.

Some gambling activities do not have age restrictions, like playing a toy grabber game in the hope of catching a prize or making a bet with one of your friends about something. 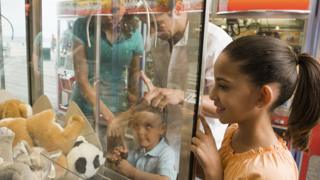 For others, you have to be aged 16 or over, like playing the lottery.

But for most gambling activities, the legal age is 18. For example, going to a casino or placing bets or gambling in betting shops. This means that if you engage in these activities and you are under the age of 18, this is breaking the law.

One of the main difficulties at the moment is that not everybody agrees on what exactly counts as a gambling activity for children. 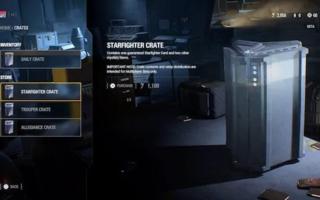 In gaming, many people believe that skins betting and loot box features, which are important in some of the most popular games, are a form of gambling.

Skins are items which can be won or bought within a game to change the appearance of a character, avatar or weapon. On some websites (separate to the game itself), players can trade, bet on and sell their skins to try to get better ones. This is called skins gambling.

It is only legal when the sites offering skins betting facilities have a proper licence and they shouldn't be targeting children.

But the Gambling Commission's study found that just over one in ten 11 to 16-year-olds say they have participated in skins gambling before.

Loot boxes allow players to pay - often with real money - for a chance to win a virtual item.

Some people believe that using these features should count as gambling because the player is risking something of value (either real money or in-game coins) in the hope of winning something else.

Even if you are not spending real money, they argue that this encourage risk-taking and gambling-style behaviour, which could potentially be harmful to young people later in life.

If these features are gambling, then some charities and organisations believe there should be rules - just like with other types of gambling - about what is and isn't allowed for children, and that children should be protected from coming to potential harm by using them.

Others do not agree that these gaming features should be treated in this way.

Loot boxes are not currently legally considered to be gambling in the UK. 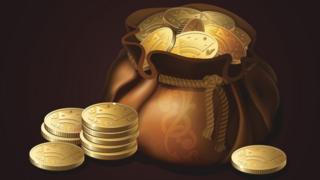 Getty Images
Some say that even if you are not spending real money when you are gaming, it still encourages gambling-like behaviour, which could pose a risk to children later in life
What are the issues with gambling?

For many adults, gambling can be seen as a bit of fun when it's done responsibly. The betting games can be entertaining and it can be fun to place a bet with a friend.

Gambling is not a way to make money. Gambling companies make money by designing bets to make you spend money - but not always win it back.

Gambling is all about odds and risk, and the likelihood or chance of you getting what you want.

Often, the chances of you winning what you want are extremely small. This is especially true of loot boxes or team packs, which can cost a lot of money. 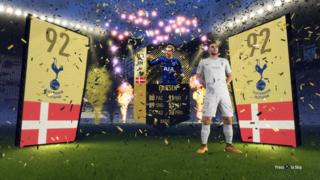 Fifa 18 - EA Games
In Fifa, players can spend a lot of money on player packs in order to unlock a player that they want

This is one of the things that can make gambling addictive and cause financial problems for people.

The problems come when people spend too much money on gambling, don't win and lose their money.

What is being done about it?

There are a lot of rules to protect children from the aspects of gambling that could be dangerous.

First of all, there are laws which stop children under a certain age from being allowed to get involved with certain types of gambling.

There are also rules to prevent gambling companies from being allowed to target advertising at children.

Many organisations work to make sure that children are protected.

At the end of June 2018, the Gambling Commission made a series of commitments to protect children from the dangers of gambling, including looking at how children are exposed to it, the online risks of it and improving education around gambling.

"Where we are clear that a product is passed the line into gambling and is posing a risk to players, we will take action," it said.

Are these measures working?

According to the gambling study, there are children who are able to gamble, which suggests more needs to be done to protect children in the UK.

Some organisations are also concerned that kids are being exposed to gambling through advertising, even though there are rules that are supposed to stop this.

The Gambling Commission also found that 70,000 youngsters were at risk of being involved in betting and 450,000 children bet regularly - the equivalent of one in seven children aged 11 to 16. 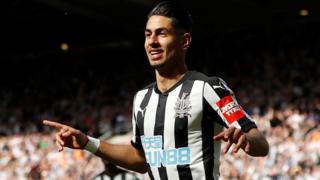 It's not just adverts during the game, gambling companies also advertise on club shirts and within stadiums.

Nine out of the top 20 football teams in the UK in 2018 were sponsored by gambling companies, and although the Football Association have rules in place which ban gambling logos on team kits for under 18s, many young people still wear adult size kits. And of course fans of all ages see their favourite players wearing their team's kits with sponsors logos on.

Some YouTubers have been fined for advertising gambling to children and some betting companies have been told to take down adverts, as they were said to be designed to appeal to youngsters, which gambling adverts are not allowed to do.

What's the problem with in-game purchases?

The school where gaming's compulsory

As for skins gambling, last year - for the very first time - the Gambling Commission prosecuted people for running an unlicensed gambling website that was connected to a video game.

But it also said: "Games developers are best placed to tackle the harm caused by skins gambling, as well as internet service providers, app stores and search engines."

One of the problems with tackling skins gambling is that a lot of the unlicensed sites running these features aren't actually based in the UK, so - even if games put systems in place to try to protect children from them - these sites can be hard to deal with.

We asked the UK Interactive Entertainment Association (Ukie) - which is a group that represents companies who make games like Fifa and Overwatch - to tell us what they are doing to protect you from the things you are worried about when you play games online - that is, spending too much money, feeling negative when you don't get in-game items you want, and engaging in gambling-like behaviour.

"When there is a choice to buy something in a game, it is always made clear and warnings pop up before you buy something. In most cases an account password must be used. Games and devices also provide tools and special settings that can be used to make sure games can be played safely, sensibly and responsibly."

We asked Ukie if they think the games industry is doing enough to protect children from the potential harm caused by loot boxes and they said yes.

They added that parents and carers should share the responsibility to make sure that children are gaming responsibly.

It seems for the moment that there is still a lot of disagreement and confusion over what exactly counts as gambling and whose job it is to make sure that young people aren't being harmed as a result of gambling through gaming.

Lots of organisations - not just in the UK, but around the world - are looking very closely at the relationships between gambling and gaming, and the impact that it could be having on children. 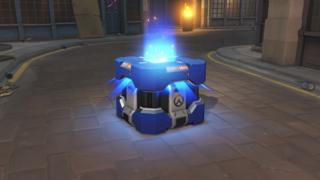 Belgium, for example, has recently made loot boxes in gaming that are paid for using real money completely illegal.

In China, they have also been strict. The rules there say that gaming companies have to show what the chance of getting rare items in loot boxes actually is, so that players know what to expect before paying.

But in America, it's similar to the UK. The Entertainment Software Ratings Board - which sorts out things like age ratings on video games - has said it does not consider loot boxes to be gambling, as "the player is always guaranteed to receive in-game content (even if the player unfortunately receives something they don't want)."

The moves to consider this form of gaming as gambling has been welcomed by people who want gambling in gaming to be taken more seriously. 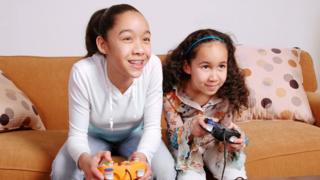 Getty Images
The world of gaming has changed a lot over the last 20 years, so those responsible for making the rules for the gaming industry have a lot to keep up with

One of the difficulties is how quickly the world of gaming changes. Those who make the rules for the gambling industry have a lot to keep up with - and have to act quickly before another craze or in-game feature is launched.

We will have to wait and see if any new rules are on their way in the UK.

If you are at all worried about gambling or any of the issues that you've read in this article, there are lots of places that you can go for support. You can speak to an adult that you trust like a relative or a teacher, or you can contact GamCare for free on 0808 8020 133, 8am to midnight, seven days a week.