Paper straws: Why McDonald's is in trouble over paper straws 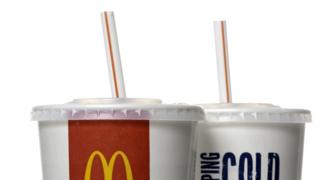 The company which makes paper straws for McDonald's has said its products are fully recyclable.

Last year, McDonald's ditched its plastic straws in all UK restaurants, saying it was part of a big drive to be "greener."

But the restaurant has been criticised because the thickness of its new paper straws means it's difficult for them to be recycled - and they're mostly put in general waste instead.

The company which makes the straws told the BBC that they are "100% recyclable", but that there do need to be better facilities for this to be done properly.

So what's the problem with McDonald's new paper straws?

Some customers complained and said they dissolved too quickly, especially in a milkshake.

A McDonald's spokesperson said: "As a result of customer feedback, we have strengthened our paper straws, so while the materials are recyclable, their current thickness makes it difficult for them to be processed by our waste solution providers, who also help us recycle our paper cups."

The fast-food chain gets through 1.8 million straws every day in the UK and said it is working hard to find a solution to make its straws better for the environment.

"This waste from our restaurants does not go to landfill, but is used to generate energy," the company added.

McDonald's isn't the only big company to axe plastic straws.

Why are straws a problem?

We use an estimated 8.5 billion plastic straws every year in the UK. They're among the top 10 items found in beach clean-ups.

Most straws are made from plastics called polypropylene and polystyrene which, unless recycled, take hundreds of years to decompose and are only used for a very short time.

WATCH: Meet the kids on a mission to ban plastic straws 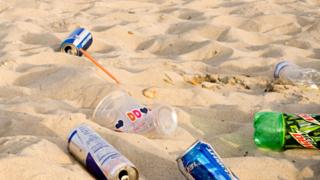 Many end up in landfill and the oceans, and the BBC programme Blue Planet II showed the damage plastic can cause to marine wildlife.

Who else is banning straws?

Some of the big supermarkets are trying to put straws to one side. 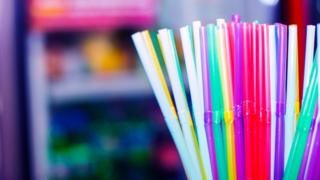 Waitrose removed all plastic straws from its shelves last year.

Iceland, says it aims to be "plastic-free" by 2023. It has already removed plastic straws from its own label range.

Restaurant Pizza Express decided to change its plastic straws to biodegradable last year. They said it was after the letter below was sent to them by a five-year old girl called Ava. 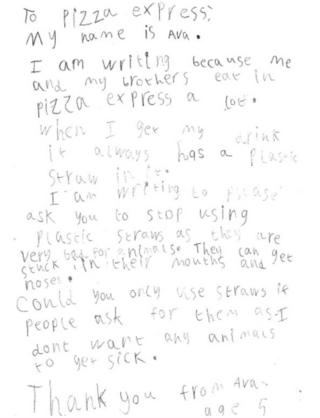 Pizza Express
Does everyone think it's a good idea?

Some campaigners say straws are really important to help some disabled people to drink. 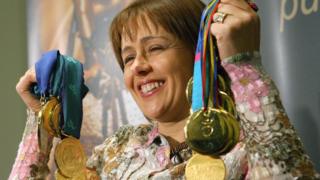 Baroness Grey-Thompson said she supported environmentally friendly initiatives but said disabled people could be "seriously disadvantaged if we can't find a proper alternative".

Kids on a mission to ban plastic straws