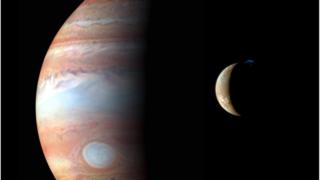 NASA/Johns Hopkins University
Asteroid 2015 BZ509 orbits Jupiter and is thought to have been in our Solar System for more than 4.5 BILLION years!

An asteroid that is flying backwards has been a huge puzzle for scientists... until now!

The asteroid, called 2015 BZ509 (or BZ for short), is now thought to be one of the first interstellar objects to have arrived in our solar system.

Scientists believe that BZ arrived while our planets were still forming and was caught in the gravitational pull of our Sun while travelling in the opposite direction to the other planets that were forming.

All eight planets and most of the objects in our solar system follow the direction of the Sun's rotation.

The fact that BZ travelled in the opposite way is what made it such a curious object to researchers. 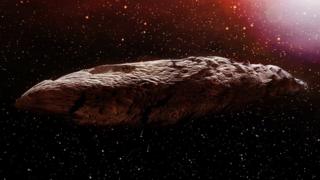 Unlike the foreign asteroid Oumuamua which was discovered earlier this year flying through our solar system, this asteroid's beginning has been much harder to figure out!

Researchers at the Universite Cote d'Azur used a computer simulation to discover what might have caused BZ's strange orbit.

This simulation suggested that BZ was in fact not created in our solar system, but came from outside of it!

Dr Fathi Namouni said, "Honestly we didn't have any idea what we were going to find. The last thing we expected... was that BZ has been in its current position most of the time."

"BZ reached the Solar System when it was forming, when the planets themselves were not exactly where they are now. So it's a little more tricky to figure out where it came from."

More research will need to be done to identify where BZ came from, but for now at least the mystery of its strange direction has been solved!