What is the dark side, or far side, of the moon? 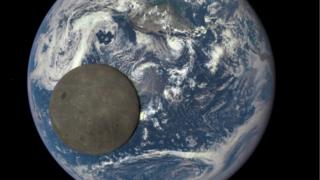 China has launched the first mission to land a robotic craft on the far side of the Moon, Chinese media say.

The Chang'e-4 mission will see a static lander and rover touch down in Von Kármán crater, located on the side of the Moon which never faces Earth.

It blasted off from Xichang Satellite Launch Center on Saturday.

No space probe has ever reached that part of the moon's surface because of communication difficulties. 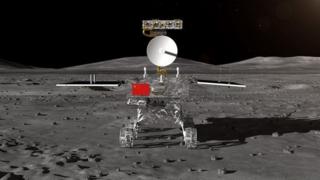 CNSA
Artwork: The Chang'e-4 rover will explore a huge area on the far side of the moon

But in May this year China launched a satellite called Queqiao, or Magpie Bridge, to try and solve this problem.

The satellite will relay signals from the Chang'e-4 space probe on the far side of the moon back to scientists on Earth.

What is the 'dark side' of the moon?

There's a part of the moon that we don't see from Earth as the moon always keeps the same side facing towards us.

That side isn't actually always 'dark' but because not much is known about it, it's seen as a bit mysterious and that's why the name 'dark' is given.

But a better name that is often used is the 'far side' of the moon. 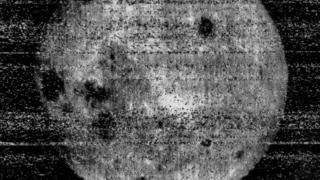 NSSDC
This is one of the first pictures of the far side or 'dark' side of the moon.

In 1968, astronauts aboard the Apollo 8 spacecraft were the first humans to set eyes on the far side in person as they orbited the moon.

A few years earlier in 1959, the Luna 3 spacecraft returned the first pictures of the far side of the moon.

First SpaceX tourist to the Moon to be billionaire Yusaku Maezawa

Blood moon: Pictures from around the world