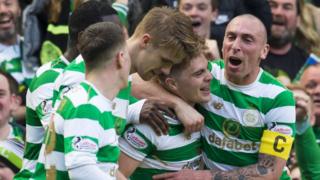 Celtic secured their seventh Scottish Premiership title in a row by defeating their rivals Rangers 5-0.

The defending champions needed to win at Celtic Park to retain their crown, and they thrashed the visitors.

Two goals from Odsonne Edouard and another by James Forrest put the side into the lead.

Tom Rogic and Callum McGregor rounded off the scoring after the half-time break as Celtic confirmed their dominance. 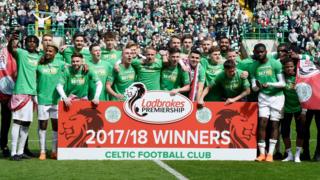 The victory moves Celtic one step closer to the historic achievement of winning back-to-back trebles.

They just need to beat Motherwell in the Scottish Cup final to add that trophy to the League Cup and Premiership title they've won already this season.