Stephen Lawrence Day: Who was he and what happened to him? 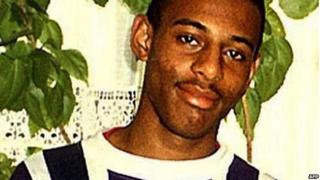 It is the third annual Stephen Lawrence Day on Thursday 22 April.

Stephen Lawrence was a black teenager who lived in Eltham in South London.

He was studying for his A-levels and wanted to be an architect when he was older. He lived with his mum, dad, brother and sister.

Stephen was killed in 1993 when he was 18 years old in a racist attack.

More about racism in the UK

It exists "to inspire a more equal, inclusive society, and to foster opportunities for marginalised young people in the UK".

What happened to Stephen?

He had been waiting for a bus with a friend, when the gang attacked them.

Stephen's friend escaped unhurt, but Stephen died from his injuries.

What happened to his killers? 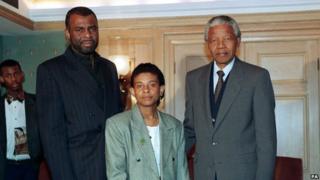 After Stephen's death, police started to investigate suspects who they believed were responsible for the attack.

But Stephen Lawrence's family felt that not enough was being done to capture Stephen's killers.

Nelson Mandela, the president of South Africa at the time, met with his family and called on the police to do more.

Although some suspects were charged with Stephen's murder, these charges were dropped before a trial could happen.

This is where racial discrimination is established as a normal behaviour within organisations that make up a society.

Put more simply, it's the suggestion that people from black or other minority backgrounds have to work harder in society in order to get the same results as white people.

A report looking at the death of Stephen Lawrence suggested the case had been handled in an institutionally racist way by the police because the investigation had not been handled with the same care that a case involving a white person would have been.

That's because the people making the decision to take the suspects to trial didn't think that there was enough evidence to prove they murdered Stephen.

In August 2020, the Metropolitan police declared the investigation into Stephen's death "inactive".

They said "all identified lines of inquiry have been completed", which means no one else can be taken to trial and held responsible for Stephen's death unless the case is later reopened.

The Metropolitan Police Commissioner, Cressida Dick, said she was sad that the Met had been "unable to secure any further convictions for Stephen, his family and friends".

She added: "The investigation has now moved to an 'inactive' phase, but I have given Stephen's family the assurance that we will continue to deal with any new information that comes to light."

Why was the investigation into Stephen's death criticised? 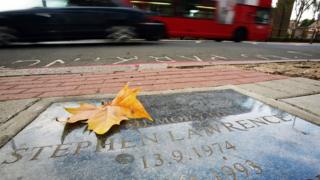 In the months and years that followed Stephen's murder, Stephen's mum and dad kept fighting for justice for their son.

Many people believed the police treated Stephen's case differently because he was black - and that some officers acted in a racist way.

A big inquiry into Stephen's killing and the police investigation was held, and in 1999 it found that the Metropolitan police were 'institutionally racist'.

This means that racist attitudes and beliefs were seen as normal in the Metropolitan police, and affected how they investigated Stephen's murder.

Did Stephen get justice?

In 2012, two of the original suspects in Stephen's killing, Gary Dobson and David Norris, were found guilty of his murder and sent to prison, after new evidence was found.

Although there were other suspects in Stephen's murder, the Metropolitan police have now closed 'active' investigations. They've said they will look into any new information that emerges later on.

Despite the outcome, Stephen's mother, Baroness Doreen Lawrence, has said she'll continue to seek justice for her son.

"Whilst the Metropolitan Police have given up, I never will," she said. "I am truly disappointed that those others who were equally responsible... may not be brought to justice."

What was the impact of Stephen's death? 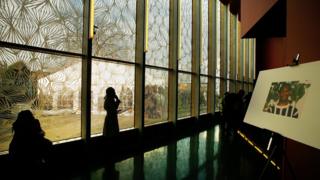 Peter Macdiarmid
The Stephen Lawrence Centre opened in South London in 2008, to inspire young people to follow their dreams

For many people, Stephen's murder and the investigation into it by the police showed that there was still a lot of racism in Britain.

Doreen Lawrence set up a charity in his name to give other young people the opportunities that Stephen missed out on.