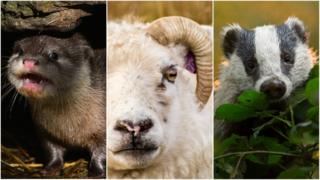 Getty Images
Having a bad day? You're not alone!

Some days, you just wake up on the wrong side of the bed... or nest... or field.

Whatever you're waking up on the wrong side of, you're not alone.

So if you need cheering up, have a read through these stories and know that there's no experience bettered shared than a really crummy day.

Could you go badger someone else? 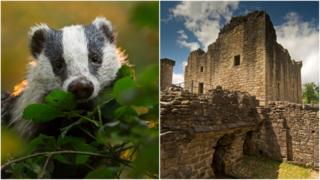 Getty Images
A badger is looking for a bit of personal space in the cellar of an old Scottish castle!

Craignethan Castle in Scotland is having a bit of a strange week.

An angry badger had decided to stow itself away in a cellar tunnel of the castle!

The castle was forced to close the tunnel while they're trying to persuade the badger to come out.

It seems like this badger just needs some alone time! Don't we all from time to time?

The badger has appeared to have left the tunnel now, which is unfortunately is still closed for the time being for some 'housekeeping' - we dread to think!

When you're feeling 'otterly' annoyed

You know when someone tries to take a picture of you and you're just not camera ready?

Maybe you haven't finished doing your make up or you've got a massive spot on your nose, or you've simply not had the chance to blow dry your fur?

This is what happened to this poor otter in Scotland when Rory McPherson tried to take a picture.

Enraged, the otter chases Rory all the way back to his car.

We're sure Rory will think twice before his next candid capture!

This guy wants you to 'baaaack' off! 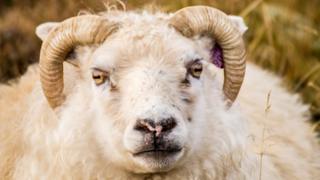 Getty Images
A ram is on the rampage in Derbyshire!

There's a ram on the rampage in Derbyshire!

A man butted horns - or hands rather - with the very angry ram while walking past a field in Kirk Ireton, Derbyshire.

He spent 10 minutes fighting with the ram before he eventually managed to escape.

Only the previous day another man had been attacked and had his hand broken in three places!

The council are looking into moving the ram to a field far from a public right of way, as this is one ram that does not want to be messed with!

Agnes and George are 'raven' mad... 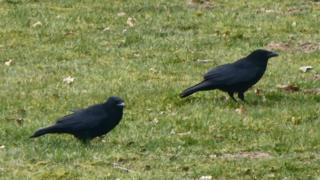 In Newark, Nottinghamshire - 75-year old Brenda Brown has been the victim of two "evil" crows - George and Agnes.

The pair have taken to attacking the windscreen wipers on her car. 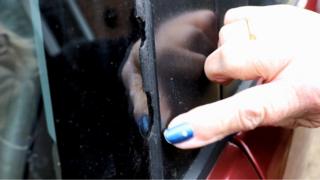 They regularly attack her Range Rover

Brenda has mentioned feeling personally attacked by the crows - as they never attack her neighbour's car.

Bird trainer, Lloyd Buck, believes they are reacting to seeing their reflections in the windows of the car.

Brenda is not convinced - though she appears to have a love-hate relationship with the two birds, saying "It upsets me if there's one day they miss coming, I wonder where they are."

They're not kidding around 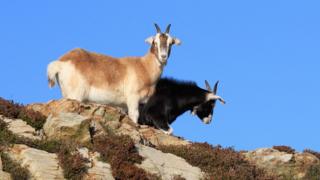 Getty Images
Don't mind us... we're just here to eat everything in your garden!

Imagine going to a primary school with 156 chickens, 34 pheasants, a Chinese water dragon and a chinchilla?

Now imagine sixty goats on top of that, who have just invaded your school grounds!

This was the problem that Ysgol San Sior Primary School in Llandudno, Wales were faced with.

The gardens of the school had too much on offer to entice the pesky goats, which descended on mass to eat all the flowers and fruit.

However, one goat has managed to rise out of the herd to dizzying new heights!

The goat, now known as Fusilier Shenkin IV, was caught in March this year after putting in a good effort to evade his captors.

He managed to give them the run around for four weeks!

He is to have six months of training to become the official mascot of the Third Battalion, Royal Welsh. 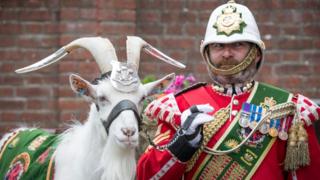 His first appearance in public will be at the National Armed Forces Day 30 June.