Was it right to fire missiles at Syria?

The UK Prime Minister Theresa May will answer questions in Parliament on Monday about her decision to agree to air strikes against the Syrian government.

On Friday night, armed forces from the UK, the US and France fired missiles to destroy what they say are chemical weapons factories in Syria.

The strikes were in response to a suspected chemical attack in an area called Douma.

According to the US, they hit places near to the Syrian capital, Damascus, as well as two locations near the city of Homs. 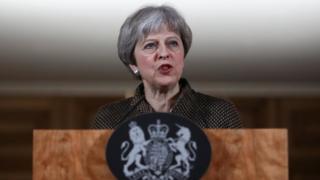 Syria has been fighting a civil war for over seven years, during which millions of ordinary people have been affected.

According to the law, UK prime ministers do not need to ask Parliament before launching military action like this. However, they have done this since the 2003 invasion of Iraq.

Labour has said that the law should be changed.

The suspected chemical attack in Douma shocked a lot of people.

In conflicts, there are rules about what's acceptable - and chemical weapons are never supposed to be used, as they are deemed to be too cruel to use on other people. 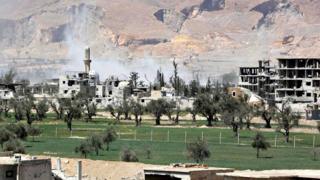 Many think that the chemical attack in Douma was carried out by Syria's President Assad.

But both he and the Russian government, who support him, say they didn't do it.

President Trump said: "The purpose of our actions tonight is to establish a strong deterrent against the production, spread and use of chemical weapons".

UK Prime Minister Theresa May said it had been "right and legal" to take action, that the Syrian regime had demonstrated a "persistent pattern of behaviour" when it came to the use of chemical weapons, and that "must be stopped".

She added that using the armed forces was the most serious thing a prime minister could do, but she feels that the action taken by the UK, the US and France sends "a clear message that the international community will not stand by and tolerate the use of chemical weapons". 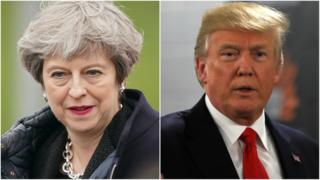 However, many others don't agree that military strikes are the best approach and feel that the prime minister should have asked Members of Parliament (MPs) to agree to action before it was taken.

The leader of the Labour Party Jeremy Corbyn said: "Britain should be playing a leadership role to bring about a ceasefire in the conflict."

"Theresa May should have sought parliamentary approval (and) should do whatever possible to push Russia and the United States to agree to an independent, UN-led investigation of last weekend's horrific chemical weapons attack, so that those responsible can be held to account."

The strikes are over for now, but there was a clear warning from President Trump that if the Syrian government uses chemical weapons again then more missiles could be fired.

Russia have said that they would take any attacks very seriously and the world is waiting to see what will happen next.