Britain's Got Talent: Five things you need to know about the new series 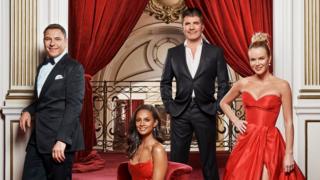 ITV Pictures
Britain's Got Talent is back for its twelfth series!

Britain's Got Talent will return to our screens this Saturday.

Are you ready for another year of singers, dancers, dancing dogs, impressionists, comedians, magicians and other variety acts?

Performers appear before the judges with the hope of dazzling them with their talents, and the winner usually gets a cash prize and the chance to perform in front of the royal family! Fancy!

The first episode of the new series airs on ITV this Saturday 14 April at 8pm.

Here's what you need to know about the latest series of BGT.

Dec will be hosting the live shows solo 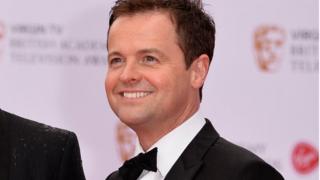 Getty Images
Dec will be hosting the show on his own

TV's most famous presenting duo have been working together for almost 30 years, but this series of Britain's Got Talent will see a very different presenting set up.

After Ant was involved in a car crash earlier this year, it was decided that he will step down from presenting duties.

That means double the work for Dec, but we're sure he'll rise to the occasion! 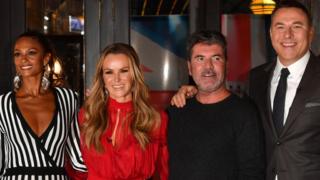 Simon Cowell has perfected his BGT judges line up!

All the judges from last year's show will be returning for this year's series.

David in particular has a lot to celebrate in his return this year, because… 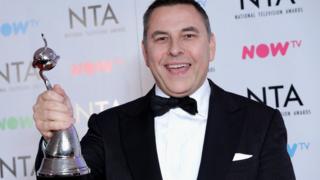 He was against tough competition as well - Paul Hollywood from the Great British Bake Off, will.i.am from The Voice and… Simon Cowell!

After he won David hilariously said, "Simon is very competitive so it was nice to beat him."

This is not the first time David has won Best Judge, he first took the trophy home in 2015. Well done, David!

One of this year's contenders is 13-year-old Hollie Booth.

Her life was saved by her courageous aunt, Kelly, who protected her from the blast. Sadly, Kelly did not survive the attack. 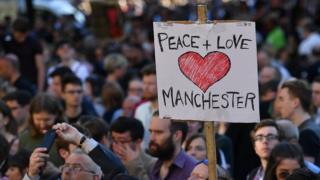 While Hollie has had to cope with her injuries and the loss of her aunt, she hasn't let what has happened get in her way.

Hollie and her friends have choreographed a very special routine for their BGT audition.

This dance has an unusual twist - the performers are using wheelchairs!

As Hollie is still recovering from her injuries and using a wheelchair, her friends decided to include wheelchairs in their dance.

Alesha Dixon is said to have been "moved to tears by the performance." We can't wait to see it!

Other acts to watch out for… 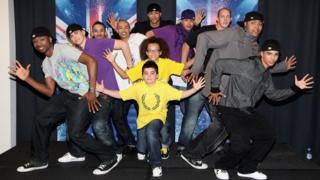 Getty Images
Are you ready for a mini-version of these guys?

Diversity Juniors could be top contenders for this year's Britain's Got Talent.

Yep, you guessed it! They're the mini versions of the 2009 winners Diversity.

Diversity leader, Ashley Banjo, is the mastermind behind this junior entourage. Let's hope they're as good as the originals! 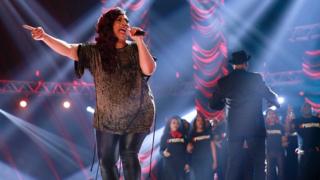 Another act that's got people talking are B Positive, a group of singers who live with a condition called sickle cell disease.

Sickle cell disease is a blood disorder, and is what some people describe as an invisible condition.

The band's aim, other than singing uplifting songs, is to raise awareness about sickle cell disease.

Their debut single, Rise Up, was performed at last year's MOBO Awards.

We're looking forward to seeing what both these groups can do!

Dec will present Britain's Got Talent on his own