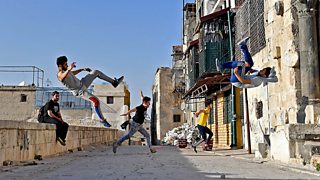 The boys taking parkour to new areas of Aleppo

In war-battered Aleppo in Syria, Omar Kosha and his friends enjoy practicing parkour together.

It's a free-running extreme sport that sees the boys leap through the air, bounce off walls and perform acrobatics in and around the city's destroyed buildings.

They have been doing this in the western part of Aleppo for years, but ever since the Syrian army recaptured eastern Aleppo from rebel fighters in December 2016, the boys have a whole new area of the city to explore - with brand new obstacles.

Almost 200 people practice the sport in the city, despite the risks.

Many structures around which they do the sport have been damaged or destroyed in the war, and there is debris left over from the fighting. There are also no special facilities or equipment for parkour lovers to use, meaning they risk injuring themselves.

"The aim of doing it in Aleppo is to conquer fear, as we're doing it in a dangerous area, not made for this type of sport," says Omar, who used to be a gymnast.

The boys in this video are experienced parkour runners. Do not try this at home. 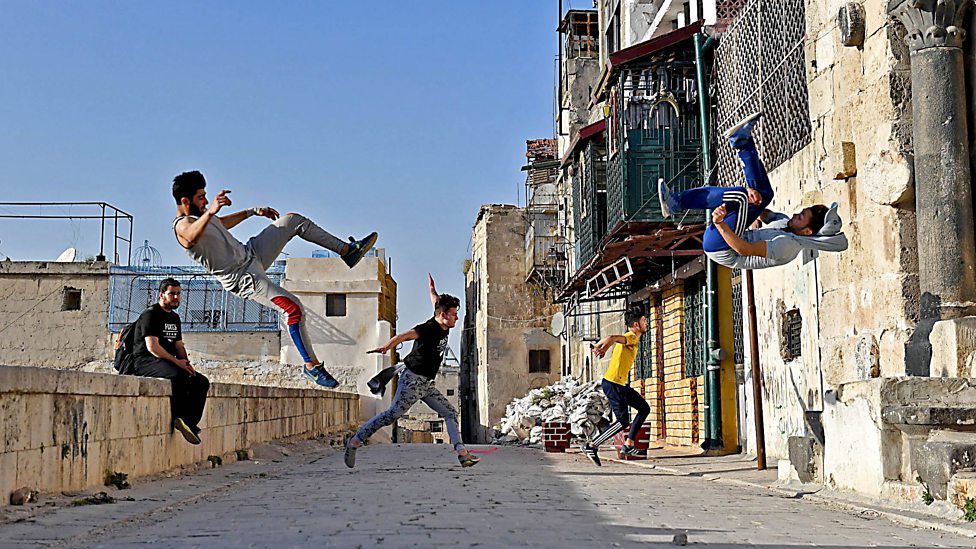 The boys taking parkour to new areas of Aleppo