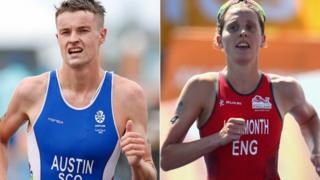 There was triathlon success for England and Scotland at the Commonwealth Games with a silver and bronze medal.

But there was disappointment for Olympic heroes, the Brownlee brothers, who both missed out on medals.

How much do the Brownlee brothers know about the Commonwealth Games?