New research shows monkeys use hot baths to chill out 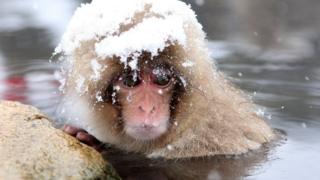 Getty Images
This monkey is keeping a cool head while bathing in a hot natural spring in Japan.

We all know how stressful a busy day at school can be. At the end of a long day, sometimes all you want to do is come home and relax in a hot bath.

Well it turns out that it's not just humans that like to soothe themselves in a bath. Japanese macaques, known as snow monkeys, love to do it too!

New research has found that when Japanese macaques bathe in hot springs, their stress hormones go down.

And guess how they the Kyoto University researchers discovered this?

They studied the hormone levels in their poo! 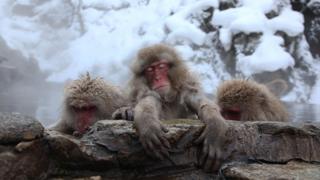 Getty Images
A study has shown that Japanese macaques' stress levels go down when they bathe in hot springs.

Snow monkeys are the world's most northern-living primates (beside humans), which means they live in very cold, snowy areas.

These areas are full of natural hot springs, known as onsen - where the water is heated by the earth's core.

Often this water is too hot for the monkeys to bathe in, so many of them are found in the Jigokudani Yaen-koen National Park, where the spring has been cooled especially for the macaques.

Many people come to this park every year to photograph the monkeys chilling out in the warm water. 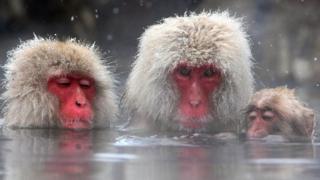 Getty Images
Japanese macaques can be found in Jigokudani Yaen-koen National Park in the Nagano prefecture of Japan.