Is there life on Venus? 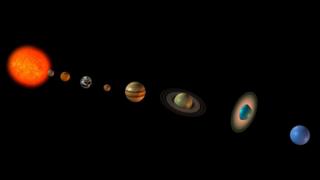 Science Photo Library
Venus is the second closest planet to the Sun, which is pictured here on the far left

Scientists are constantly looking for signs of life on different planets in our solar system.

An international team of researchers now believe that Venus may show signs of life.

Lots of probes have been sent to Venus in the past but none have found life.

It will take a lot more to confirm what scientists know, but if it is the case it would be good to know more about Venus.

And find out why it really is not a very welcoming place... 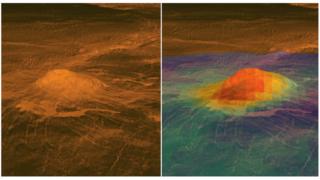 NASA/JPL-Caltech/ESA
This picture shows the volcanic peak Idunn Mons. Scientists think that Venus could be one of the few planets that still has active volcanoes on its surface.

Venus just like earth, has a lot of volcanoes! Venus has a few more than us though... in fact it has more volcanoes than any other planet in the solar system. Scientists think there could be around 1,600 on it's surface. That's a lot of volcanoes, although scientists don't know how many are active today. 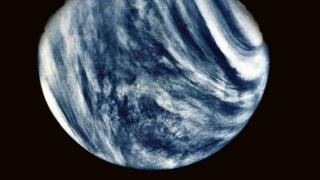 NASA
This image was taken by the Mariner 10 in 1974. It has been enhanced so you can clearly see the thick clouds which cover the planet.

Ok so this is a little confusing so bear with us... One day on Venus (that is the time taken for Venus to make one rotation) is the same length as 243 Earth days. But one year on Venus only lasts around 224 earth days making a year on Venus shorter than just one day on Venus. Weird, right? Just think, one day of school would feel like forever! 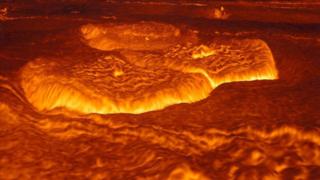 E. De Jong et al. (JPL), MIPL, Magellan Team, NAS
This computer image was made using computer data from a probe called Magellan, which visited the planet to map it's surface with radar. Venus' surface is so hot and hostile that no surface probe has lasted more than a few minutes

Venus is so very hot that temperatures on it's surface is around 470 degrees Celsius, that's hot enough to melt lead! This is all down to Venus having a huge amount of carbon dioxide in its atmosphere which has caused an extreme greenhouse effect to take hold... Not a very nice place for a holiday...

Can you handle the pressure? The answer is no 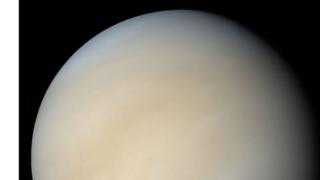 Mattias Malmer/NASA/JPL.
Unlike earth, you wouldn't even be able to stand up on Venus due to the air pressure! You also wouldn't be able to breathe either.

Winds that will blow you away 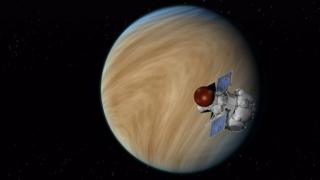 NASA/JPL-Caltech
It all looks so peaceful from space... but that is very far from the scorching, windy and toxic truth!

Venus is a very windy planet. Wind speeds blowing through the middle layer of cloud above Venus' surface hit an astonishing 450 miles an hour! That is officially faster than the fastest tornado recorded on planet earth and would definitely wreck your kite...or your drone... or pretty much anything you tried flying in it!

What are the effects of space travel on the human body?