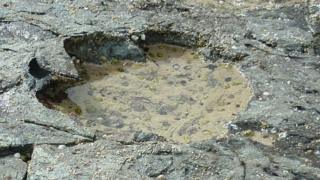 Some rare dinosaur footprints have been discovered on a Scottish island.

The tracks were made 170 million years ago in a muddy shallow lagoon on the Isle of Skye.

Experts say it's a really important find and they're hoping it'll help them understand more about how dinosaurs evolved.

Most of the 50 prints were made by two different types of dinosaurs: Sauropods and Theropods.

Sauropods stood up to two metres tall and were long-necked, plant-eating dinosaurs like the Brontosaurus. 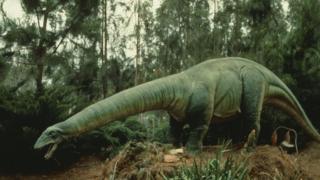 Science Photo Library
This is a model of a Brontosaurus. Experts think dinos similar to this made some of the footprints.

Theropods were a similar size and were early cousins of two-legged, meat-eating dinosaurs like the Tyrannosaurus Rex.

Researchers say the footprints are rare evidence of the Middle Jurassic period.

Few fossil sites have been found from this period around the world.

They suggest dinosaurs were in Scotland for longer than first thought. 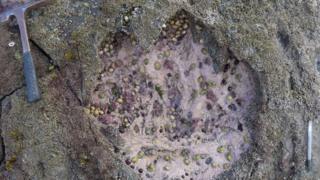 Paige dePolo
Most of the prints were made by two different types of dinosaur.

The Big Question: Can we bring dinosaurs back to life?

What's the deal with this 'very weird' looking dinosaur?

What was the first dinosaur?

How do you (re)build a dinosaur?