China's space station Tiangong-1 set to fall back to Earth 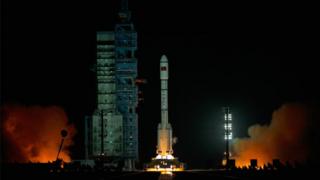 The Chinese space station Tiangong-1 is expected to fall back to Earth between 30 March and 2 April.

It was China's first attempt at having a space station.

Tiangong-1 set off in 2011 and completed its mission five years later.

It was always expected to fall back to Earth.

Should you be worried?

No, most of the spacecraft is expected to burn up as it enters Earth's atmosphere. 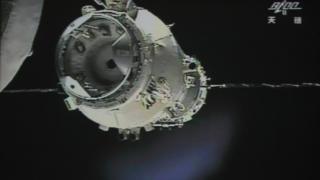 Getty Images
The Tiangong-1 in space

There is a chance that some bits of it will survive all the way down to the surface, but experts have worked out that Tiangong-1 will completely miss the UK.

Most satellites and space junk that head back to earth are aimed at the ocean.

What did Tiangong-1 do in space?

China's space journey started off quite late. They sent their first man into orbit in 2003.

Their space development plans lead to their first space station, Tiangong-1, in 2011.

The station was unmanned and monitored from the ground.

But it was able to host astronauts for a few days at a time. 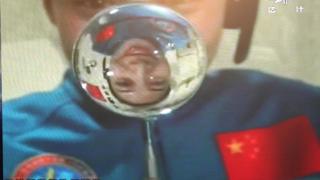 The spacecraft was designed to test systems for docking, or connecting, with other space crafts, and to be used for conducting experiments.

China's first female astronaut Liu Yang visited Tiangong-1 in 2012 and it ended its service in March 2016.

In 2016 Tiangong-2 was launched as an update to Tiangong-1 and, by 2022, Beijing plans to have Tiangong-3 in orbit as a fully operational manned space station.