Australia's cricket team has shocked many people after they cheated during a match in Cape Town, South Africa.

This weekend, captain Steve Smith said his team's "leadership group" had hatched a plan to cheat by deliberately messing with the ball "to get an advantage" during a Test match.

Smith has been banned for one match and fined his entire match fee.

Cameron Bancroft, the player that actually messed with the ball was also fined. 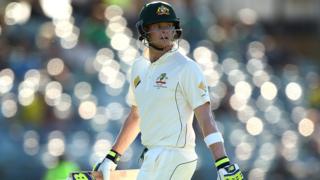 "As captain, Steve Smith must take full responsibility for the actions of his players and it is appropriate that he be suspended," said the International Cricket Council chief executive David Richardson.

Cricket Australia, the governing body, will begin an investigation into the the cheating scandal.

Why 2021 could be a shorter year than normal