No 'Saturday Night Takeaway' this weekend 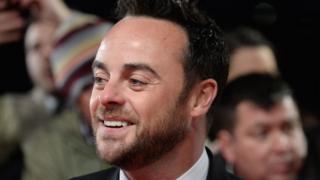 There'll be no Saturday Night Takeaway on TV this weekend.

It's because one of the show's main presenters, Ant McPartlin, has stepped down.

He's decided to stop all of his TV work at the moment so he also won't be in the final two episodes of the series. 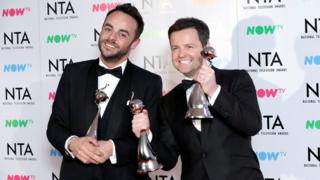 Getty Images
Ant spoke to Dec before stepping down from presenting the final shows of this series.

It's after he was involved in a car crash in London and was arrested on suspicion of drinking alcohol and then driving.

The people who look after Ant say he's taking time off "for the forseeable future" and will get treatment.

He made the decision after talking to Dec and ITV.