Saint Patrick's Day around the world 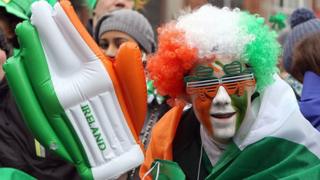 Getty Images
St Patrick's day is celebrated across the world, especially in America where lots of Irish people moved to for work

Millions of people around the world celebrate Saint Patrick's Day on the 17th of March, every year.

It is a celebration of Irish history and culture, and is a national holiday in the Republic of Ireland and Northern Ireland.

Who was Saint Patrick?

Saint Patrick is the Patron Saint of Ireland and is celebrated for bringing Christianity to the country.

He is thought to have grown up in Britain, during Roman times, but was kidnapped and taken to Ireland as a slave.

Once he was free again, he became a priest, and went back to Ireland to convert thousands of people to Christianity. 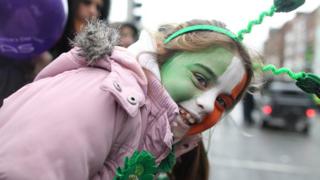 AFP
If you don't want to paint your face like this girl, you can always just wear a big smile because St Patrick's day is a happy day!

Saint Patrick's Day started as a religious feast to celebrate Saint Patrick's work, but it's grown to be an international festival of all things Irish. 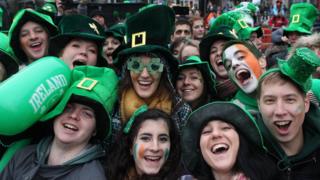 Getty Images
Even people who aren't Irish can celebrate on St Patrick's day! You don't have to dress up but lots of people do, wearing hats like leprechauns and painting their faces.

The day is also famous for people wearing shamrocks, dressing up as bearded Irish fairies called leprechauns, and wearing all green.

Check out these pictures of St Patrick's Day 2018 celebrations 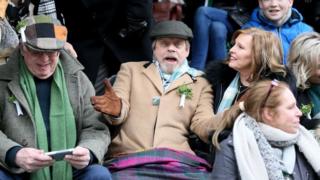 Getty Images
Look! It's Luke Skywalker! Well obviously his name is Mark Hamil not Luke Skywalker but anyway... Mark was the special Guest of Honour at the Saint Patricks Day celebrations in Dublin, Ireland! You can see lots of people with a traditional cluster of 'shamrocks' attached to their chests. Shamrocks are young clovers which are a plant, Saint Patrick is often shown with them in pictures! 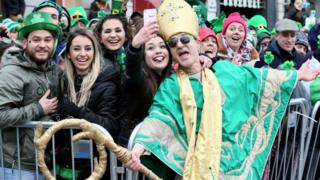 Getty Images
Check out this man dressed up as Saint Patrick himself! You would have to get a cheeky selfie if you saw him wouldn't you! I'm not sure the real St Patrick would wear sunglasses though... 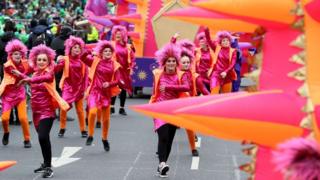 Getty Images
Dublin celebrated in it's usual way, with a huge parade! There were lots of different floats with all different themes, but we might struggle with telling you exactly what this float was. Either way, great outfits. 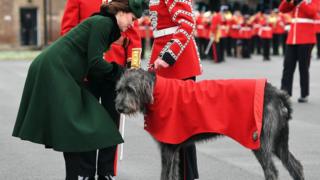 Getty Images
Kate Middleton went and celebrated with the Irish Guards as part of St Paddys day. And look at this fine Irish Wolf Hound she got to meet! Kate gave him a bundle of 'Shamrocks', we're pretty sure the large doggo is happier about it than he looks! 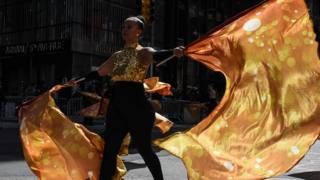 Getty Images
And it wasn't just Dublin that had a big parade, New York City had one too. Loads of performers and important people took part 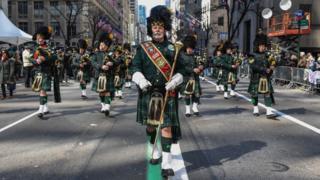 Getty Images
Hundreds of bagpipe players were part of the parade which celebrated all aspects of Irish culture. These sharply dressed pipers are called the NYC Merrymakers and were one of the main attractions at the parade, which is said to be the largest and oldest parade in the world. 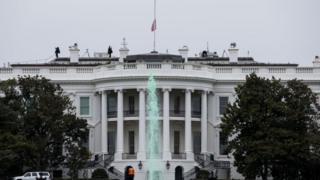 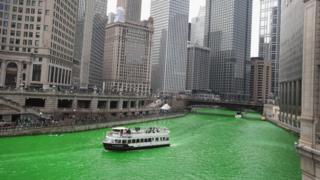 Getty Images
And it wasn't just the White House fountain that went green, check out the Chicago River! The river is dyed green every year to celebrate Saint Patrick's day, don't worry about the fish though, the dye is totally environmentally friendly! They might have trouble seeing where they are going though 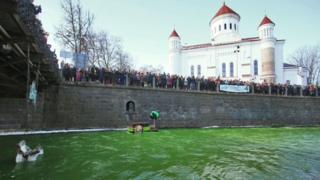 Getty Images
Even as far away as Lithuania has been celebrating, they have even dyed their river green as well!