Why is everyone talking about Russia and spies?

A former spy living in the UK has been poisoned and many people are blaming Russia for the attack.

The Prime Minister Theresa May says it's "highly likely" Russia are behind the attack but Russia says they weren't involved.

The poisoning has left three people seriously injured and it has caused a big political argument between the UK and Russia.

23 Russian government officials have been expelled from the UK and Russia has done the same to UK officials in that country.

Now lots of other countries have supported the UK by also expelling lots of Russian government officials who work in those countries.

More than 100 Russian diplomats from more than 20 countries have now been expelled by the US and EU nations. Russia insists it has done nothing wrong and says it will respond.

It's a really complicated story, and here's Newsround's guide to what's been going on. 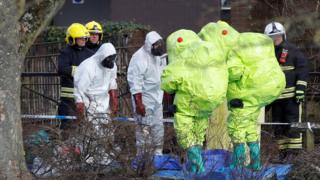 On Sunday 4 March 2018, a man and a woman were found unwell on a bench in a park in the town of Salisbury.

The police said that they'd been poisoned and began an investigation.

They're seriously ill and are being looked after in hospital.

It's thought a policeman was affected by the poison after going along to help find out what happened. He's also being cared for by doctors. 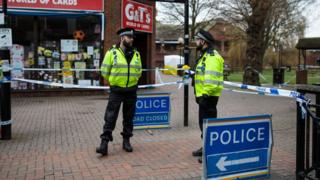 Experts from the police and the army went to Salisbury to make sure the areas where the victims had been were safe.

The police investigation grew - and up to 500 people who visited the nearby area are being told to wash their clothes and possessions to avoid any effects from the poison. 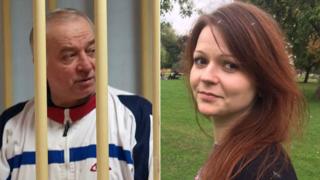 The man involved was Sergei Skripal, a Russian living in the UK. The woman who was poisoned was his daughter, Yulia.

Mr Skripal used to work for the Russian security services and in 2004 he was accused of spying for the UK and the USA inside Russia.

He was found guilty in a Russian court and sent to prison.

In 2010 he was released when the USA swapped some prisoners for Russian agents they had caught spying in the USA.

After his release he moved to the UK and he has been living here since then.

Why are people blaming Russia? 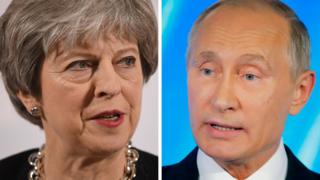 AFP/Getty Images
The UK Prime Minister Theresa May says it's highly likely Russia are behind the attack, but Russia's President Putin refuses to explain what's happened.

Lots of people said very quickly that because he had spied against Russia in the past, it was most likely they'd poisoned him in revenge.

But there wasn't any real evidence and from the start Russia said it was nothing to do with them - they've said all along that these claims are "rubbish".

However, now scientists have said that the chemical used to poison Mr Skripal, his daughter and the policeman was made for the Russian military.

Theresa May, the UK's Prime Minister said in Parliament that it's "highly likely" Russia is behind the poisoning, but the Russian government did not respond, only saying that had no reason to poison the spy. 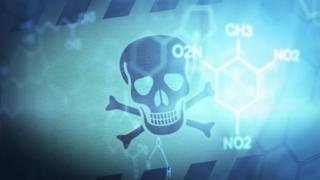 It's believed the poison that was used comes from Russia

In the past Russia has been blamed for targeting Russians in the UK.

In 2006 a former Russian spy called Alexander Litvinenko died after he was given poisoned tea in a hotel in London.

An investigation blamed another Russian citizen, but the country wouldn't send him to the UK to face trial.

That led to less friendly relations between Russia and the UK.

The truth is that we just don't know.

Theresa May gave Russia a deadline to answer these questions but they didn't respond.

In response the PM has also demanded that 23 Russian diplomats, who live in the UK and represent the country's government here, leave the UK.

Now Russia has done the same and says whatever other punishments Britain carries out, they will match. 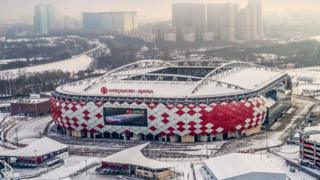 The Prime Minister has also decided that no one from the British government or the Royal Family will attend the World Cup held in Russia this summer.

For the moment this won't affect the England football team who will still head to Russia to take part.

Why has Russia been banned from Winter Olympics?

Is Russia behind some 'fake news'?