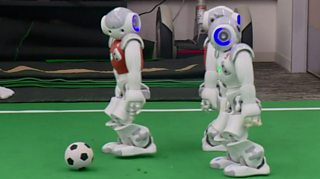 If a football manager described his team's performance was robotic, it wouldn't normally be a good thing.

But these players can't really help it!

The specially programmed players are training for a big competition: the robot soccer world cup.

The robot's movements aren't controlled by humans. They're using artificial intelligence technology, learning how to play better all by themselves.

Check out the video to see their footie skills for yourself. 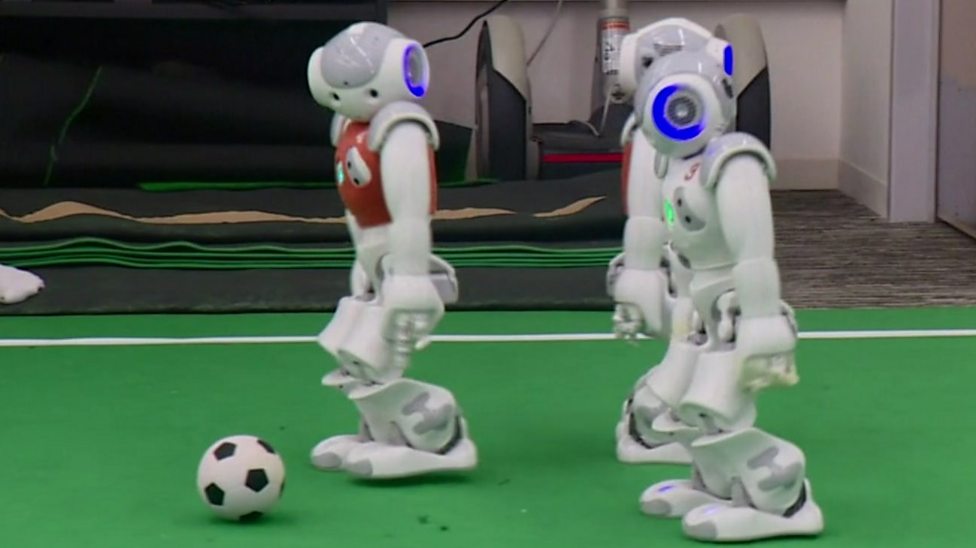