Winter Paralympics: These are the medals GB have won so far 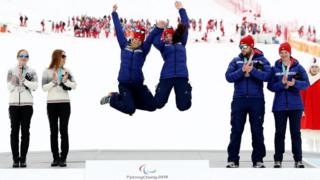 Getty Images
Menna Fitzpatrick and her guide, Jen Kehoe and obviously over the moon after coming through to grab ParalympicsGB's first Paralympic Gold!

Paralympics GB have hit their medal target over night at the Paralympics with two more medals coming in from Menna Fitzpatrick and Millie Knight!

Not only that, but Menna Fitzpatrick won gold!

It's Paralympics GB's first gold medal of the 2018 Winter Paralympics and as you can see from the picture above, Menna and her guide Jen are pretty pleased about it.

It didn't take long for Paralympics GB to get onto the podium, winning their first medal on day one of the competition.

Let's take a look at the other medals that have been won so far... 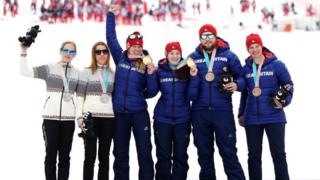 Getty Images
What a great performance so far from all of ParalympicGB!

It was smiles all round for Paralympics GB after the Slalom event yesterday.

Its the first gold for GB this games and only our second Paralympic gold ever!

Millie Knight and her guide Brett Wild came through to win a bronze as well, taking Paralympic GB's medal total to seven. 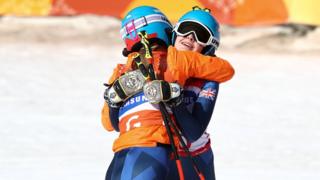 They clocked two minutes 28.34 seconds over two runs to take silver. Slovakia's Henrieta Farkasova and Natalia Subrtova were 5.34secs ahead to win gold.

It's Menna and Jen's third medal of the games and takes Paralympics GB's medal tally to four - the target is seven overall. 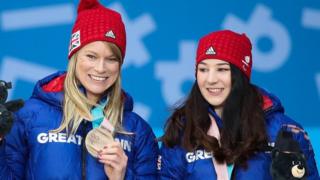 The British duo's overall time of two minutes 29 seconds was 1.78secs behind the winners, with Australia's Melissa Perrine and Christian Geiger taking bronze. 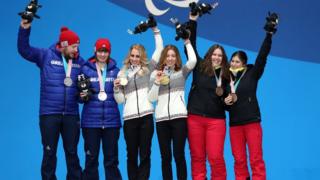 Britain's Millie Knight and guide Brett Wild took downhill silver on the opening day of the Winter Paralympics in Pyeongchang.

Millie only has 5% vision and is registered blind, so sighted Brett communicates with her during their race via a Bluetooth headset.

The guides also wear orange bibs for easier recognition on the slopes. 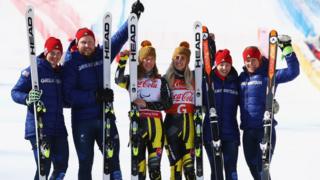 Great Britain won silver and bronze in the women's super G for visually-impaired skiers on day two of the 2018 Winter Paralympics in Pyeongchang.

Millie Knight and Brett Wild claimed their second silver medals of the Games, finishing behind Slovakia's Henrieta Farkasova and Natalia Subrtova, once again.

Menna Fitzpatrick and Jen Kehoe came third, claiming a bronze. Like Millie, Menna has 5% vision, and competes alongside her guide.

Winter Paralympics: Everything you need to know about the sports