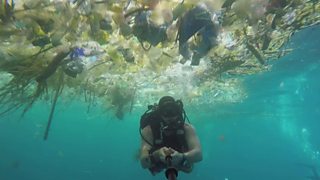 A British diver has filmed shocking images of himself swimming through a sea of rubbish, near the Indonesian island of Bali.

In the video, he's forced to dodge huge amounts of plastic waste. Every day items such as food wrappers, crisp packets and carrier bags are seen floating through the sea.

If you look really closely you can see the fish, starfish and stingray that have to live amongst the rubbish.

A report's suggested that by 2050 there will be more plastic than fish in the sea. Indonesia has promised to reduce its plastic waste into the sea by 75% by 2025. 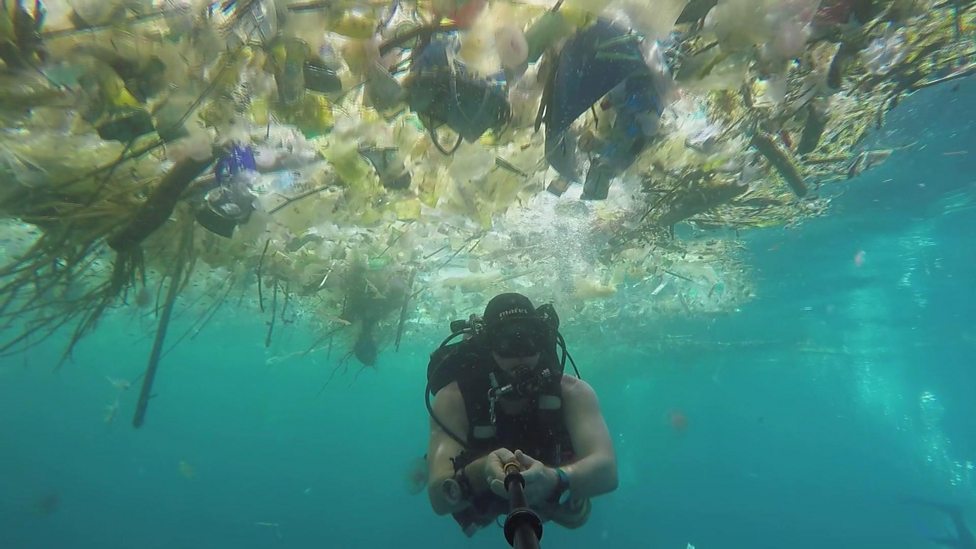