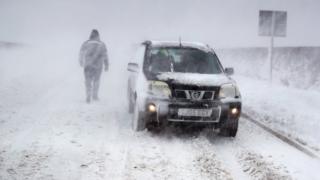 The Army has been called in to help rescue hundreds of drivers stuck in snow, as freezing conditions continue across the UK.

The M62 motorway near Manchester has been closed indefinitely by the police and around 5,000 people in the north west of England are also without power.

A highly unusual red weather warning for snow for south-west England and south Wales was lifted very early this morning, but an amber alert is in force until 08:00.

There are also amber warnings for snow, ice and wind in Scotland, and Northern Ireland.

Thousands are also without power in Republic of Ireland, after blizzard conditions disrupted power supplies in Meath, Dublin, Wicklow, and Kildare.

The so-called Beast from the East, combined with Storm Emma on Thursday to cause extreme weather conditions.

Ten severe weather warnings are still in place for the UK, with some of them in force until 23:55 on Monday. 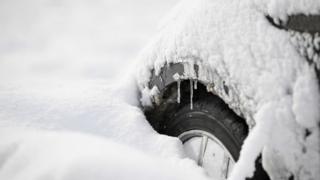 Sometimes it can feel colder than it actually is because of something called wind chill.

Ricky's been finding out what it is. 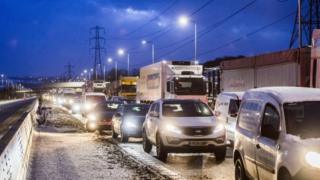 On the M62, volunteers from Milnrow, Rochdale, have been taking hot drinks, food and blankets to some of those stuck - including a bottle of warm milk for a five-week-old baby.

In the south of England the A303 road near Ilminster was closed, and in Hampshire and the New Forest, roads came to a standstill.

Some drivers needed help from the army to leave their vehicles. 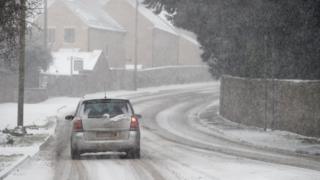 Police in Hampshire and Avon and Somerset, declared two major incidents, because of heavy snow blizzards.

Many trains and flights are cancelled and thousands of schools are still shut.

The Met Office warned all travel would continue to be disrupted. 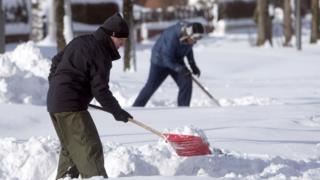 Police forces across the UK have told people to only travel if necessary.

What is the wind chill factor?