What is Groundhog Day and when is it? 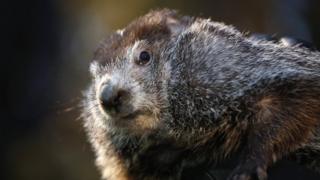 European Photopress Agency
Who knows how accurate the groundhog's predications really are, but just look how cute it is!

The date 2 February only means one thing in a certain places in America... Groundhog Day!

Ok, so what on earth is that?

Groundhog Day is a tradition celebrated in US and Canada, where a furry animal makes a special weather forecast.

Here at Newsround, we've been looking into groundhogs and other animals that could have the power to (SCARY VOICE): Predict The Future.

Why are these animals getting an ark? 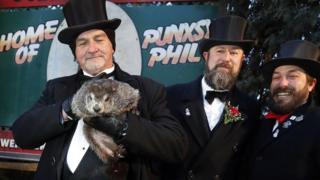 EPA
Punxsutawney Phil is the name of this furry fellow! It's believed that the common groundhog can predict the weather

A Groundhog is a small, furry animal that looks like a mixture between a squirrel and a badger. According to custom, each year one of the furry fellows predicts when spring will arrive.

Of course! That makes perfect sense!

The legend goes that if it is a clear sunny day, the Groundhog will see its own shadow.

This means it will return to its burrow and winter will continue for another six weeks.

If it is a cloudy day, the Groundhog won't be able to see its shadow. This means that spring will come early that year.

Much more interesting than watching the weather forecast on TV, right?

Let's have a look at other amazing animals that could have predictive powers.

Meet Achilles the Cat, who Russia chose as it's official 'Prognosticator' for the 2018 World Cup.

Sounds complicated right? It basically means they wanted Achilles to try predict the winners of matches at the World Cup tournament, held in Russia.

Quite a big job to put on such a small cats shoulders you may think.

But watch the video and you will see Achilles was pretty chill about the whole thing.

Achilles didn't do too badly during the tournament but did incorrectly choose Belgium to win the World Cup over France. Never mind! 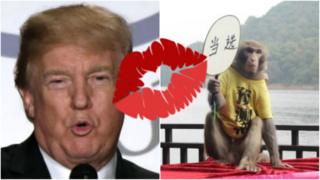 During the US presidential election in 2016, China decided to see if Geda the Monkey could predict the future.

They used cardboard cut outs of both Donald Trump and Hilary Clinton. The monkey then predicted that Donald Trump would win by kissing his cardboard face!

And of course, Geda was correct.

So either the monkey can tell the future or Geda just liked the look of Donald's face and wanted to give him a smooch!

Or it could have just been a total coincidence. 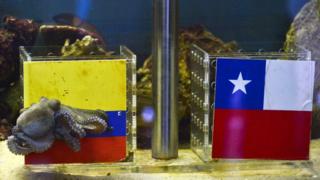 Getty Images
Paul's predicitions made him famous across the world, Spain even put in a special request to bring Paul to Madrid zoo after he correctly chose Spain as the 2010 world cup winners

Paul the octopus was used to predict the winner of several different sporting games.

The keepers at the aquarium where Paul lived would present him with two boxes containing his favourite foods.

The front of the box displayed the different flags of the teams playing.

Whichever box Paul ate from first was believed to be the winner. 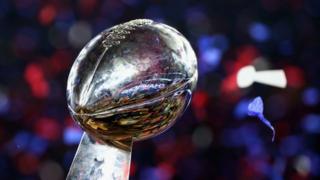 Getty Images
Eli was on a winning streak, with seven years of correct predictions for Super Bowl winner. Unfortunately he never lifted the trophy himself

Paul is not the only animal that has predicted the outcome of sporting events. In America, Hogle Zoo had an ape named Eli.

Unfortunately, Eli died in 2014 so he will not be able to help fans predict this Sundays Super Bowl final.

Animals that can predict the weather 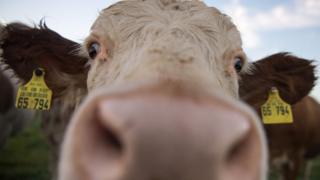 Getty Images
WEATHER or not cows really can predict if it will rain or not is a mystery. One which will most likely remain so until the day we learn to speak cow...

According to some, animals are better at predicting the weather than weather forecasters.

Some farmers claim that cows can sense bad weather, saying they become restless and begin to swat flies with their tails or lie down so they can save a dry spot.

What about your pet? Does it have any mysterious talents?

Puppy Bowl 2019: Team Ruff and Team Fluff are BACK!

Endangered cheetah has seven cubs in US zoo