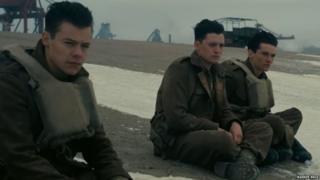 We finally know which films are in the running to get Oscars this year - and Harry Styles's first film Dunkirk has been nominated for a massive eight awards.

Oscars are awarded in 24 different categories. Fourteen nominations is the record for the highest number of nominations for a film in a single year.

Dunkirk is in the running for production design, cinematography, sound editing, sound mixing, original score, filming editing, director and - the most important prize of the lot - best picture.

But which other films are in the running? 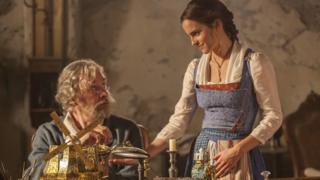 Disney
Beauty and the Beast is in the running for two Oscars this year, after it was named as the biggest film in the UK last year

The live action remake of Disney's Beauty and the Beast, starring Emma Watson, is up for two awards, for production and costume design.

Meanwhile, Star Wars: The Last Jedi, will be hoping to bag an award for sound editing, sound mixing, original score and / or visual effects.

Animation is also recognised in the Academy Awards and, this year, Coco has picked up two nominations for best animated feature film and original song for Remember Me.

The Boss Baby, The Breadwinner, Ferdinand and Loving Vincent are also in the running for best animated feature film.

We will know who scoops the prizes at the 90th Academy Awards when they take place on Sunday 4 March.

Beauty and the Beast was 2017's biggest film

VOTE: Which of these TV talent shows should win a Bafta?

Green Week: how to get your green badge