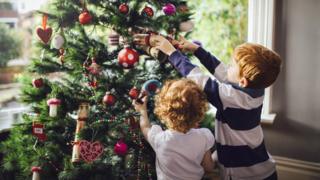 Getty Images
If you haven't taken the Christmas decorations down already, you may be asked to help to do this on 6 January

The presents have been opened, the puddings eaten and lots of TV has been watched - and now it feels like Christmas has been and gone for another year.

But 6 January marks an important date for many people in the Christmas calendar.

That is because it is the date of something called Epiphany.

Why some people celebrate Christmas in January

Why are there two Easters?

What do the Victorians have to do with Christmas? 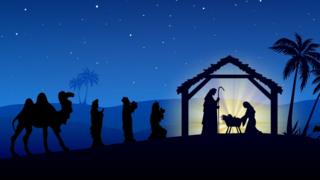 Getty Images
Epiphany is a Christian festival that marks the day the three Wise Men went to visit the baby Jesus
What is Epiphany?

Epiphany - also known as Three Kings' Day - is a Christian festival, which starts on 6 January.

It is a special date in the Christmas story as it's when people celebrate how a star led the Magi - also known as the Three kings or the Wise Men - to visit the baby Jesus after he had been born.

'Epiphany' comes from the Greek word meaning 'to reveal', as it is when the baby Jesus was 'revealed' to the world.

This is why you might hear people say they've had an epiphany, when they've just realised something. 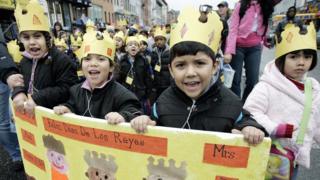 In some countries many families will take off 6 January and exchange presents.

In Spain and Latin America, El Dia de los Reyes is just as important as Christmas Day itself.

A bit like how you might leave a carrot and mince pie out on Christmas Eve, the night before El Día de los Reyes, children leave out drinks for the Three Kings and there are parades and fireworks displays to mark the occasion.

What is Twelfth Night? 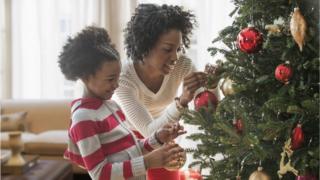 The date of Epiphany also happens around the time for Twelfth Night too.

Even if you are not at all religious, Twelfth Night is important to a lot of people as all of the Christmas decorations must come down by the time the clock strikes midnight at the end of the day.

It is said to be bad luck if they stay up beyond this, so you may be busy taking down tinsel if you haven't done it already! 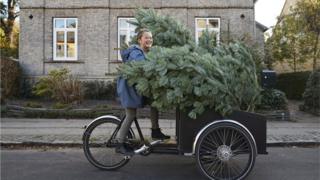 But the date of it is a little bit confusing. It can fall on 5 January or 6 January, according to different traditions.

If the 12 nights are counted from Christmas Day night itself, it falls on 5 January. Anglicans mark Twelfth Night on 5 January.

But some other churches count it from the following day, which means Twelfth Night falls on 6 January.

But it any case - it's not the law! You can actually leave your decorations up as long as you want.

What do the Victorians have to do with Christmas?