Space enthusiasts will be delighted to know that, after the excitement of the New Year's Day super moon, a super blue blood moon is now heading our way.

The last one happened around 150 years ago, so it's a rare event for space gazers.

Super moons happen when a full moon is closest to the Earth, appearing bigger and brighter than normal - up to 15% brighter and 30% bigger than regular full moons. Check out these amazing pictures from one in December 2017.

The space experts over at Nasa have said we have a 'super moon trilogy' coming in January 2018, and the third and final one could be the most beautiful and rare - a super blue blood moon. 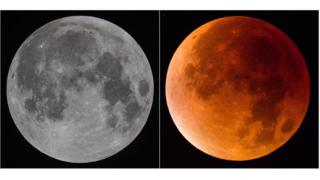 What is a super blue blood moon?

Well, we know what a super moon is.

A blue moon is what you call the second full moon in one month. So a super moon expected on 31 January will also be the second full moon of that month, which means it's a blue moon. They happen every two and a half years, on average. It's actually nothing to do with the Moon appearing blue!

A blood moon is the name given for a view of the Moon during a total lunar eclipse. Because of the way light passes through the Earth's atmosphere during an eclipse, red light from the Sun is reflected onto it and gives it a reddish colour and the nickname blood moon. 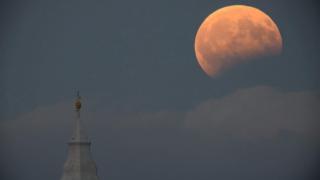 Where can I see the super blue blood moon?

The best view of the lunar spectacular will be had from western North America across the Pacific Ocean to east Asia.

But don't feel bad if you can't see it with you own eyes, because if you check the Newsround website on 1 February we'll bring you some amazing pictures of it from around the world!

Harvest moon: What is it and when will it take place?

Beautiful photos of the moon

Pictures: Strawberry moon from all over the world