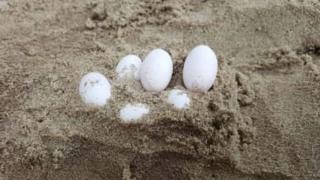 FAWNA
Around 43 eggs were discovered, buried in the sandbox of a primary school!

At first the eggs were thought to belong to one of the most deadly snakes in the world, the Eastern Brown Snake.

Volunteer wildlife rescuers were called to the school after students found about 12 eggs in the sandpit.

The rescuers, Yvette Attleir and Rod Miller, ended up uncovering around 43 eggs from 7 nests in the sandpit. 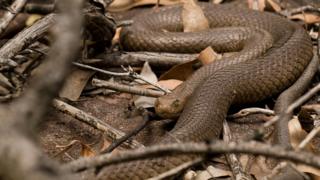 Getty Images
Two things brown snakes are well known for are their poison, which is ranked the second most deadly in the world, and also for being in a really bad mood pretty much all the time

Rod Miller told Australian news he believe the eggs were from an Eastern Brown Snake because some had been seen in the area.

Miller also said when he had "shone a light through the egg" and seen a "small striped baby snake".

But not everyone thinks he's right and some people on social media and other organisations were disagreeing.

Tim Faulkner, the manager of Australian Reptile Park, said "with a high degree of certainly the eggs look like a Water Dragon lizard eggs. " 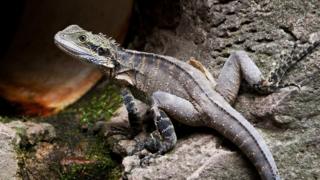 Getty Images
It's possible the eggs could belong to this creature, a type of lizard known as a Water Dragon! They would certainly be much safer to have around than Brown Snakes

Tim also said "Brown Snakes just don't have legs, and these eggs were buried — Brown Snakes more commonly use an existing rabbit warren or under timber."

No one will know for sure just exactly what species lies inside the mystery eggs until they have hatched!

Scientists work out how snakes slither

The world's first ever happiness museum is open