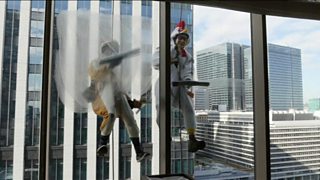 The window cleaners dressed as a dog and rooster

Two window cleaners in Japan have dressed as a rooster and dog to mark the upcoming New Year.

Japan, along with many countries in Asia, uses the Chinese zodiac system, which rotates through 12 animal signs.

They entertained guests at a high rise hotel in Tokyo, who watched them from the inside.

Window cleaners Itto and Shota, said this was their second year dressing up, with Itto hoping he gets to dress as a dragon one day because it's his zodiac animal.

Although many Asian nations celebrate their traditional New Year according to Chinese lunar new year, Japan changed its New Year celebrations in 1873, to match the Western calendar instead. 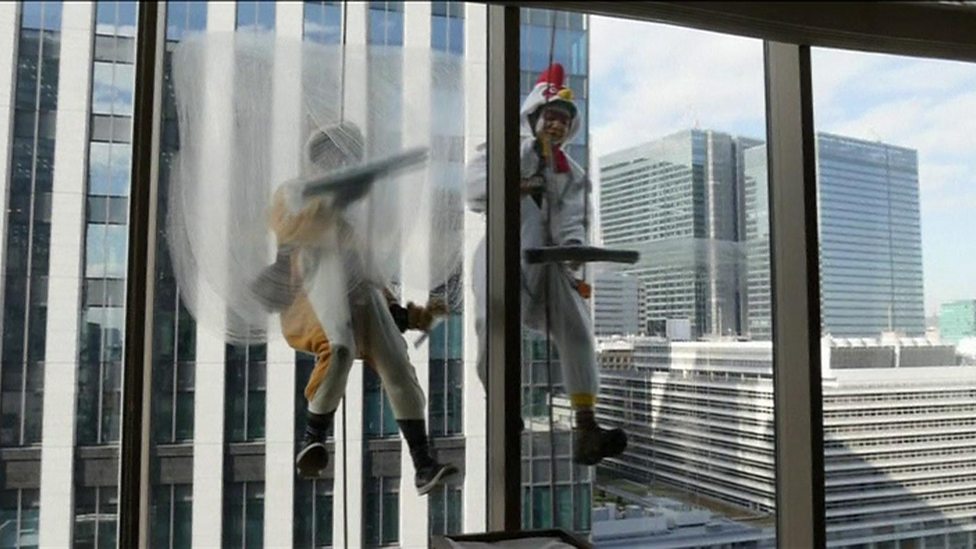 The window cleaners dressed as a dog and rooster