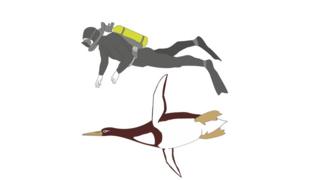 Fossils from New Zealand have revealed a giant penguin that was as big as a grown man.

It was so big it has been nicknamed 'kumimanu', meaning 'monster bird' in the Maori language.

Experts believe the fossils are around 56 million to 60 million years old.

It measured nearly 5 feet, 10 inches in height when swimming and weighed in at 223 pounds.

The newly found bird is about 7 inches longer than any other ancient penguin fossil found, so its the biggest one yet discovered anywhere so far. 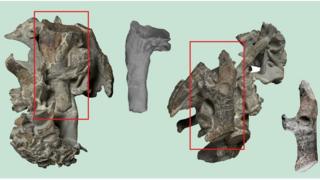 How does it compare to penguins living today?

The biggest penguin today, the emperor in Antarctica, stands less than 4 feet tall.

Based on the fossils it's thought the newly discovered bird would have been more than twice the size of even the largest of its modern relatives. 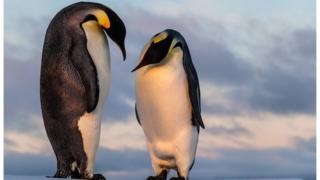 How did they get so big?

Experts at the Natural History Museum in Frankfurt, Germany think the birds got so big around 66 million years ago after the dinosaurs went extinct.

It's thought because they couldn't fly it didn't matter that they were heavier so they grew and grew. 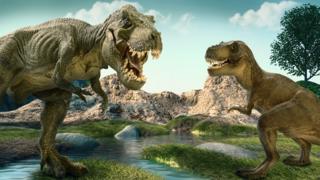 What happened to the giants?

They became direct competition for safe breeding places and food. The bigger mammals may also have hunted the bigger penguins, he said. 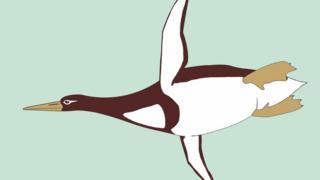