Spinning pizza dough is an art form according to UNESCO 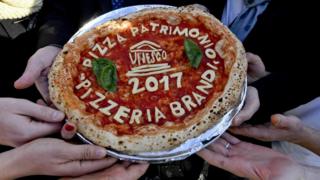 If you love a pizza you might have been to a restaurant where the chefs spin the raw dough to make the classic pizza shape before putting the toppings on.

Impressive stuff you might think but did you know it's actually a form of art?

Well it is now! Cultural organisation UNESCO has just added 'Pizzaiuolo' to a list of important things which should be preserved.

It's called the list of 'Intangible Cultural Heritage' and it includes practices and skills that people believe to be a part of their cultural heritage. 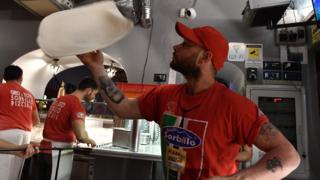 Getty Images
The people of Naples have been practicing Pizzaiuolo - the spinning of pizza dough- for generations. It's a skill that is taught by Master Pizzaiuolos to their apprentices.

Children are also taught the art of Pizzaiuolo so they can pass it on to future generations.

What's the Pizzaiuolo secret to a perfect pizza?

The art form has four stages. 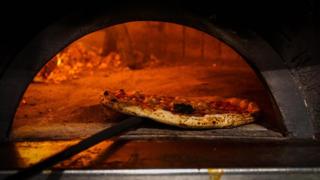 Pizza is really important in Italian culture, after all, they invented the original pizza party.

Making and eating pizza is part of the way people celebrate being part of a community so that's why people are happy that UNESCO has officially said Pizzaiuolo is important.

It's hoped it will help people keep this slice of history going. Dough-licious!

Astronauts have held the first ever pizza party in space!

What is a Unesco World Heritage site?