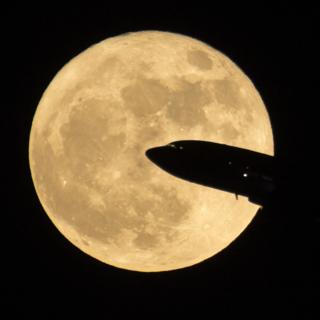 If you looked at the moon this weekend it might have seemed bigger and brighter than usual.

That's because it was a supermoon!

For it to be called that two things have to happen.

It has to be a full moon and it has to be closer to the Earth than normal.

The moon doesn't move around our planet in a circle - it orbits in an oval shape.

This means at certain times it's nearer and it looks bigger. 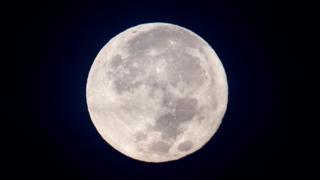 December's full moon is traditionally known as the Cold Moon.

The exact moment of the full moon was at 3:47pm on Sunday 3 December when it sat opposite the sun in the sky.

Unlike the sun, it's safe to look directly at the moon and you can use a telescope or binoculars.

How to see biggest supermoon in almost 70 years

Top tips on how to see the supermoon this weekend

What is a supermoon and where could it be seen?