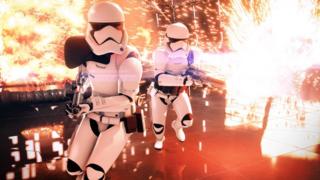 EA
The makers behind the new Star Wars video game are in trouble with fans about in-game purchases.

All in-game purchases on the new Star Wars game have been temporarily stopped after complaints.

Electronic Arts (EA), which makes the game, has received a lot of criticism from fans and politicians around the world for the way in which people can buy or earn characters in 'Star Wars Battlefront II'.

As a result they've said: "We hear you loud and clear, so we're turning off all in-game purchases."

It's the latest game to join the trend of having in-game purchases, such as 'loot boxes' or 'crates'. Others include Rocket League, Fifa and Overwatch.

Why are gamers angry? 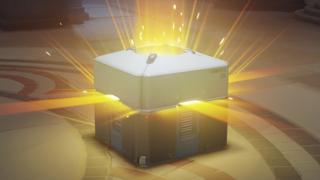 Screengrab from Overwatch/Blizzard
Loot boxes can be a great way to get new items in video games, but can also cost players a lot of money.

These can be earned by playing the game a lot, or buying them using real money.

However, many people are angry because they think this encourages players to "pay to win" - by spending money to try to get better items - instead of earning rare in-game bonuses.

For example, to earn the Luke Skywalker character in the Star Wars game, someone worked out that you'd have to spend around 48 hours playing to earn enough points to collect him. Although this has now been reduced. 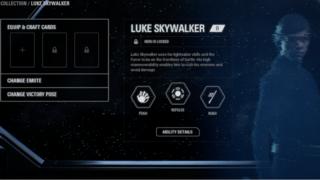 Screengrab from StarWars Battlefront II/EA
Certain characters are much rarer to get hold of, and players can often spend more money trying to collect them.

Some people have also said that in-game purchases like loot boxes are even a type of gambling.

This is because players are spending money on them without knowing what they will get inside them.

As loot boxes are random, people could spend £10 and get something useful, or spend £100 and get nothing useful at all.

It's similar to how slot machines work - which are a type of gambling.

However some people have defended loot boxes and in-game purchases, by saying they provide game companies with money to help them make the game, and keep developing them. 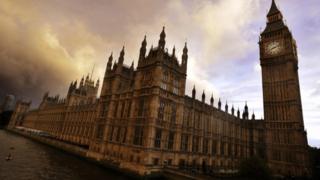 PA
In-game purchases have been discussed in UK Parliament recently.

The debate about in-game purchasing has been discussed all over the world.

The Belgium Gaming Commission is currently debating whether or not to class loot boxes as a type of gambling - which would mean much stricter regulations and even a ban on them in Europe.

The UK parliament has recently debated the issue after a petition of over 15,000 signatures was brought to their attention.

However, they decided against classing loot boxes as a form of gambling, saying that:

"The government recognise the risks that come from increasing convergence between gambling and computer games. The Gambling Commission is keeping this matter under review and will continue to monitor developments in the market." 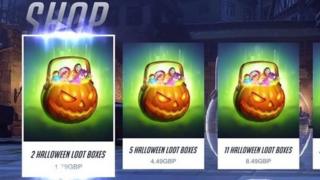 Screengrab from Overwatch/Blizzard
In China, game makers must clearly display the chances of getting certain items in loot boxes.

In China they have been stricter.

The Ministry of Culture has made it so that gaming companies have to show what the chance of getting rare items is, so that players know what to expect in loot boxes before paying.

In America, the Entertainment Software Ratings Board (ESRB) which sorts out things like age ratings on video games, has said it does not consider loot boxes to be gambling, as: "the player is always guaranteed to receive in-game content (even if the player unfortunately receives something they don't want)."

"We think of it as a similar principle to collectible card games: sometimes you'll open a pack and get a brand new holographic card you've had your eye on for a while. But other times you'll end up with a pack of cards you already have."

What have EA and Star Wars said about it? 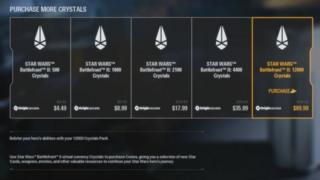 Electronic Arts which makes the Star Wars game, made the following statement after getting lots of criticism from fans online:

"We've heard the concerns about potentially giving players unfair advantages. And we've heard that this is overshadowing an otherwise great game. This was never our intention. Sorry we didn't get this right."

"We hear you loud and clear, so we're turning off all in-game purchases. We will now spend more time listening, adjusting, balancing and tuning. This means that the option to purchase crystals in the game is now offline, and all progression will be earned through gameplay. The ability to purchase crystals in-game will become available at a later date, only after we've made changes to the game. We'll share more details as we work through this."

A representative from LucasFilm which makes the Star Wars movies also said:

"Star Wars has always been about the fans—and whether it's 'Battlefront' or any other Star Wars experience, they come first. That's why we support EA's decision to temporarily remove in-game payments to address fan concerns."