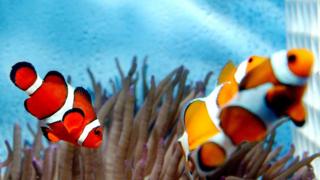 A cartoon clown fish was the star of the movie Finding Nemo.

But now it's thought climate change could make finding "Nemo" much harder.

Scientists from France's National Centre for Scientific Research (CNRS) have said that clown fish "cannot adapt to climate change" and this could be a serious problem as rising sea temperatures and pollution could damage their habitats.

The researchers spent over 10 years observing clown fish in the lagoons of Kimbe Island, in Papua New Guinea. 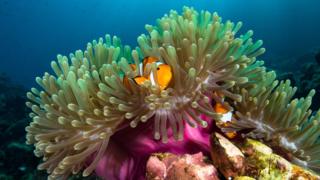 These vibrant orange fish shelter and lay eggs in anemones, which are plant-like animals that live on coral reefs.

However, the Intergovernmental Panel on Climate Change last year warned that under 1.5 degrees Celsius of global warming would destroy at least 70% of its coral reefs.

This means that clown fish would have less space to reproduce and lay their eggs.

CNRS researcher Benoi Pujal said: "The reproductive success of a population is what guarantees (its ability) to adapt."

Look at this weird 'ravioli' starfish

What is the Pacific Ocean blob and why is it bad news?

Usually under these circumstances, sea creatures have the ability to adapt their reproduction methods so that it doesn't affect their population.

But this latest piece of research, has found that clown fish are unable to genetically adapt to changes in their environment.

Can you beat our emoji quiz?